In the sultry heat, you will get Kashmir-like coolness for a thousand rupees, buy this ‘Chutku’ fan; Electricity bill will come negligible 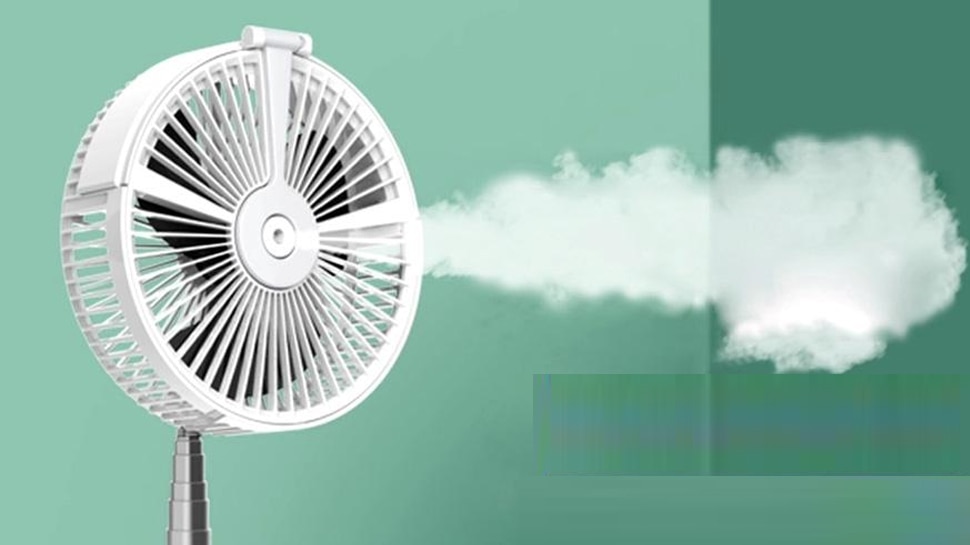 Monsoon arrives in July, but it is still scorching hot. In such a situation, we are going to tell you about such a portable fan, which runs without electricity and gives coolness like Kashmir. If said, air conditioners have also failed in front of it. Let’s know…

Portable fans: Monsoon arrives in July, but it is getting hot in this month too. Severe heat is being seen in many states including Delhi. People’s lives have become miserable due to the heat. Due to the heat, the women of the house have become in bad condition. Even in this summer, he has to do all the household work. AC-cooler is the only one which is giving relief at this time. But after the power goes out, the problem remains the same there. In such a situation, we are going to tell you about such a portable fan, which runs without electricity and gives coolness like Kashmir. If said, air conditioners have also failed in front of it. Let’s know…

Fippy MR-2912 Rechargeable Battery Table Fan comes with three blades. You can hang it on the wall or use it by placing it on the table. You can use it in the kitchen, bedroom, living room and dining room. In connectivity, it has USB and AC DC modes. On full charge, it lasts for 3.5 hours on full, 5.5 hours on medium and about 9 hours on low. It can be purchased from Amazon for Rs 3,299.

Bajaj has launched the superbly designed Chargeable Mini Fan. Which can run non-stop for 4 hours on a full charge. This fan is charged via USB, it has a Li-Ion battery. There is a clip in the fan, so that it can be fitted anywhere. Its launching price is Rs 1,395, but is available on Amazon for Rs 1,129. The fan can also be purchased from Flipkart.

This is a low cost table AC. You can keep it anywhere. On the table while doing office work or near the bed while sleeping. It can be played via USB cable. You can run this portable AC on low, medium or high. It also acts as a humidifier and purifier. If you want to buy this product online, then it can be bought on Amazon for Rs.829.