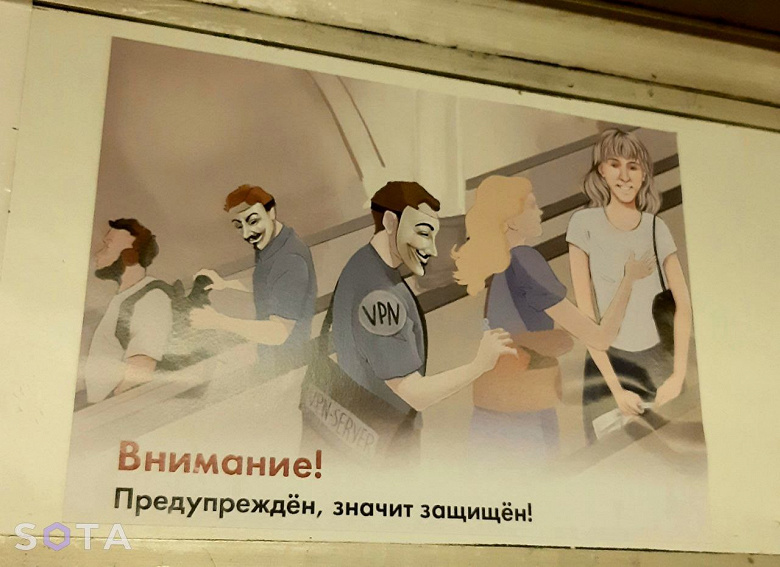 Public service posters have appeared in the Moscow metro that inform about the dangers of VPN services. They depict villains in Guy Fawkes masks who are trying to either rob passengers or plant something on them. Also on the poster is the inscription “Forewarned means protected.”

According to the source, the photo was taken in a carriage on the Zamoskvoretskaya line. How many such posters there are, on which lines and only in Moscow, is not reported.

At the same time, the media previously reported that Russia took second place in terms of the number of VPN service downloads worldwide. It is assumed that this is due to numerous blocking of sites and social networks.

At the same time, earlier appeared an initiative to label all VPN services as ’18+’ apps. The idea was proposed by RTU MIREA Rector Stanislav Kudzh. Also, according to him, the Ministry of Digital Transformation should oblige Russian mobile app stores to add the label “Contains threats to information security.” This, according to Kuja, should warn users about a possible leakage of personal data.