In the last quarter, sales of smartphones in Africa decreased, phones – increased 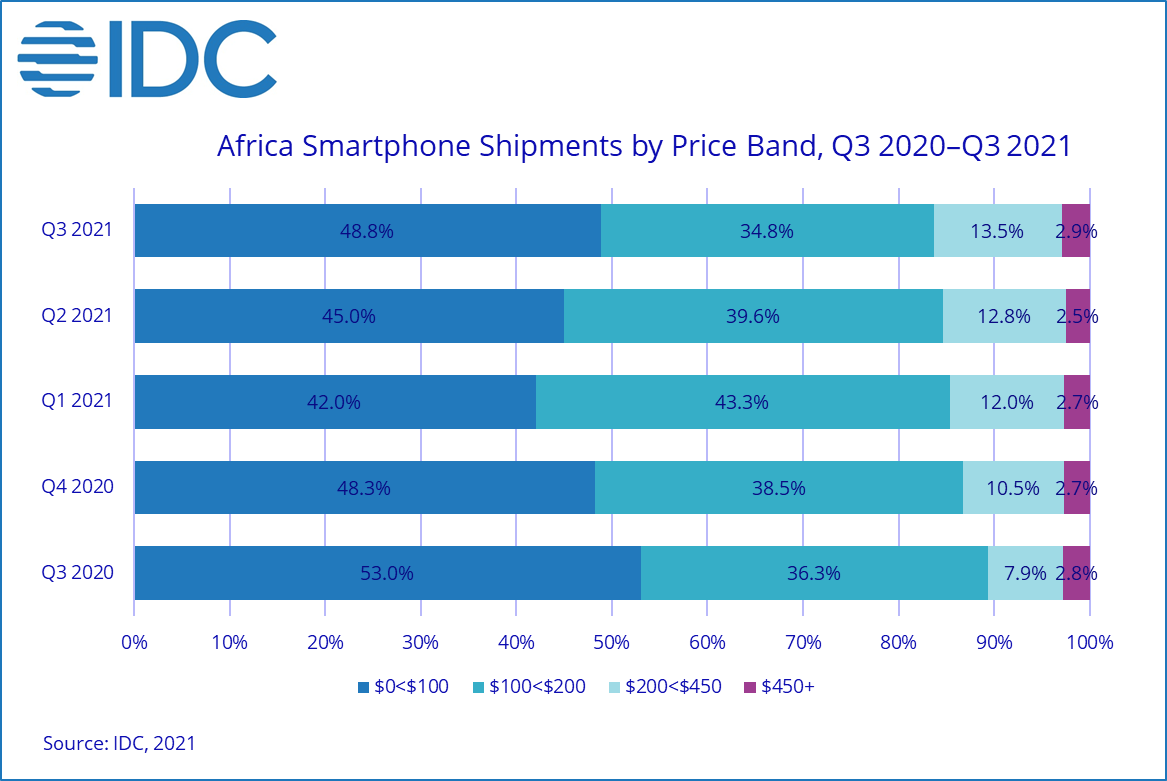 According to the latest data released by market research firm IDC, smartphone sales in the African market in the third quarter of 2021 were down 2.3% compared to the second quarter. While there were signs of recovery in the region in the first half of 2021, component shortages began to negatively impact smartphone sales in the dark continent in the third quarter of 2021.

In contrast, sales of feature phones in Africa continue to grow. In the third quarter of 2021, they grew by 14.2%. As smartphone prices remain relatively high and are only expected to rise in the coming quarters, more affordable prices for feature phones make these devices extremely attractive to consumers.

The three major smartphone markets in Africa showed mixed performance in the third quarter of 2021. In Egypt, the volume of shipments compared to the second quarter decreased by 19.5%, and in Nigeria – 9.4%. Both of these markets are dominated by Chinese brands, whose shipments have declined due to a lack of components. On the other hand, shipments in South Africa increased 28.4% quarter-on-quarter, with Nokia and Samsung performing well.

The leaders of the African smartphone market in the third quarter of 2021 were the brands Tecno, Itel and Infinix, owned by Transsion. Their total share is 47.4%. Samsung is in second place with a share of 21.3%, while Xiaomi is in third with 6.1%. 4G devices accounted for 81.0% of smartphones shipped to the region in Q3 2021, while 5G devices accounted for just 3.1%. The remaining 15.9% of shipments came from 3G devices.