In Russia, the system of genomic editing has been modified 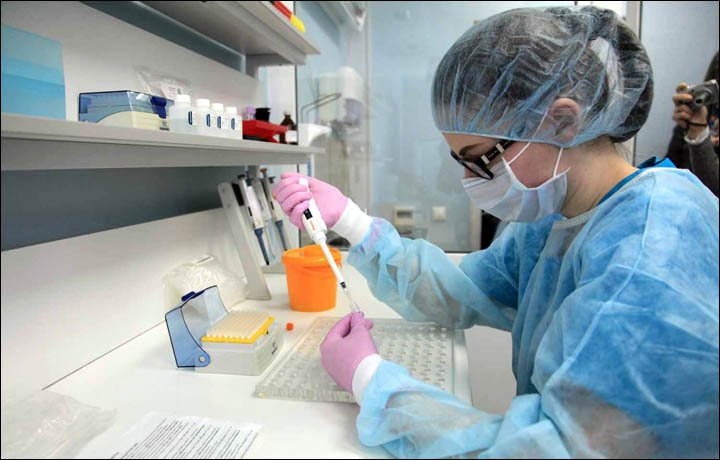 Scientists from the Institute of Chemical Biology and Fundamental Medicine of the Siberian Branch of the Russian Academy of Sciences have found a way to modify the genome editing system to increase the efficiency of target recognition and reduce the impact on non-target DNA. The results of the study are published in the International Journal of Molecular Sciences.

“Our article is devoted to the fact that we introduced various modifications to the structure of one of the components of the DNA editing system. The system consists of two parts: a protein that “cuts” DNA, and a guide RNA that provides recognition of a specific DNA. In our work, we introduced non-natural chemical modifications to the guide RNA to enhance recognition of the desired target and reduce binding to non-target genes.”, – said Darya Novopashina, senior researcher at the RNA Chemistry Laboratory.

She explained that the DNA editing system allows you to “cut” the genome anywhere and turn off the gene that carries the mutation that causes pathology in the body. However, this technology is not yet approved for use in humans, in part because the system has side effects that lead to errors in genome editing. For example, the system may accidentally cut not the DNA it was targeting, but similar ones. The results of the study may affect the possibility of obtaining permission to use the technology in humans.

Chemists and molecular biologists have proposed modifying this system to avoid errors in genome editing. Within the framework of a project supported by the Russian Science Foundation, scientists at the ICBFM SB RAS identified two types of modifications and showed that their introduction into the guide RNA makes it possible to increase the effect on the desired DNA and reduce the effect on the non-target one. “We introduce modifications into certain positions of RNA and direct the system with greater selectivity to the target that we need. This made it possible to make the method even more targeted at a specific target.“, – said Novopashina.

She added that the effectiveness of the modifications has already been confirmed in vitro. In the future, scientists plan to develop such modifications of the guide RNA that will allow turning the genomic editing system on and off using certain stimuli, for example, by irradiating light of a certain wavelength or in the presence of certain molecules.