In Russia began to sell a huge SUV Toyota Sequoia. It is available in a single version with a 437 hp power plant. 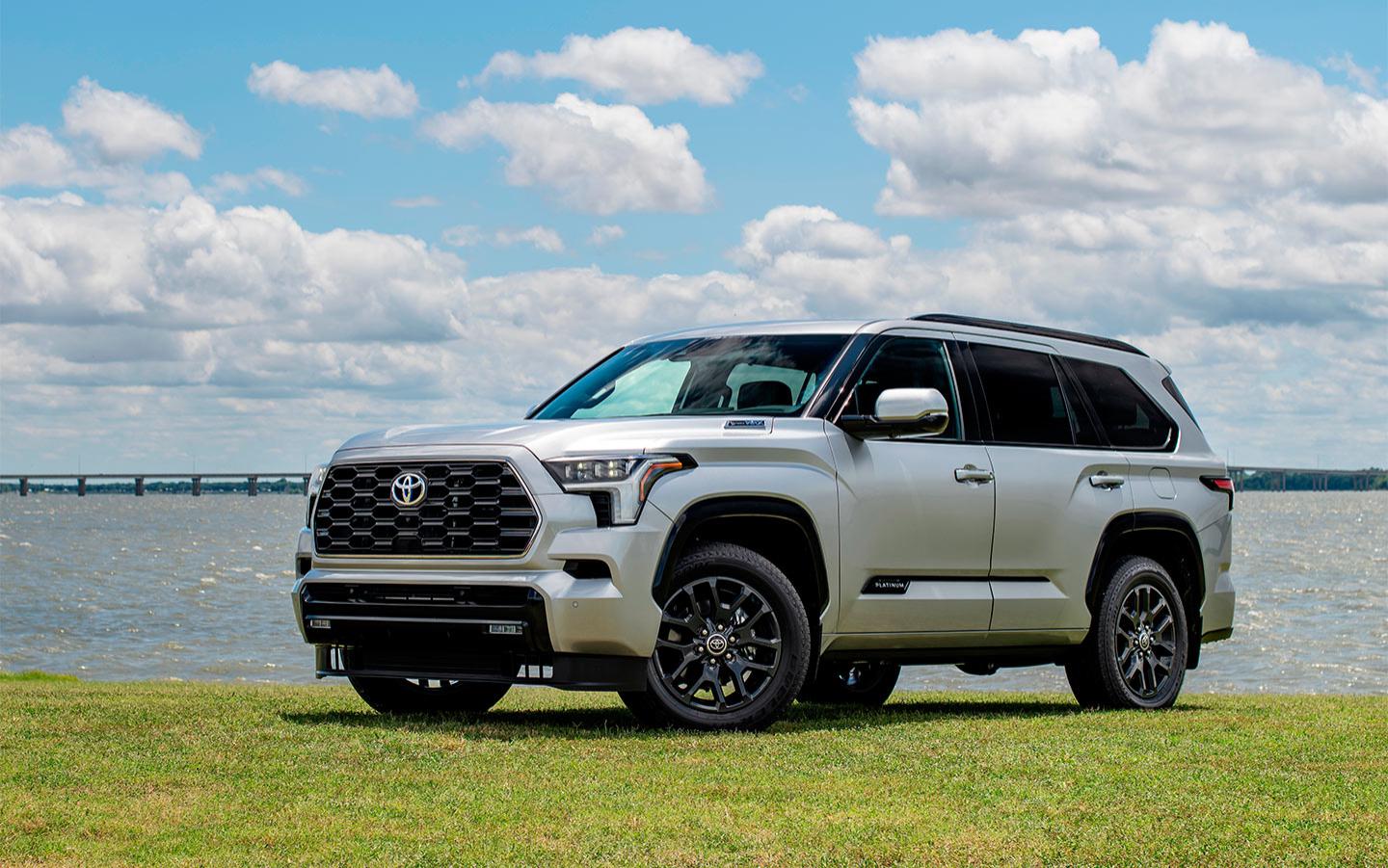 According to Autonews, a number of official dealers in Russia brought Toyota Sequoia SUVs to Russia as parallel imports. For a novelty, they ask from 10 million to 13 million rubles: this is much more than in the USA (where the top version costs less than 5 million rubles in equivalent), but less than many Russian sellers want for the Land Cruiser 300. It is noteworthy that this model is now represented in Kazakhstan, from where a lot of cars are now imported to Russia. There, they ask for about $58,000 for a passenger SUV, which, translated into rubles, is about 3.5 million.

The Toyota Sequoia is based on the TNGA-F modular architecture, on the basis of which the Toyota Land Cruiser 300, Lexus LX SUVs and the new generation Toyota Tundra pickup have already been created. Sequoia dimensions are 5286 x 2022 x 1885 mm, the wheelbase is 3099 mm. The SUV is available only in a hybrid version with a power plant with a capacity of 437 hp, working in conjunction with an automatic transmission. Four-wheel drive is implemented according to the part-time scheme.