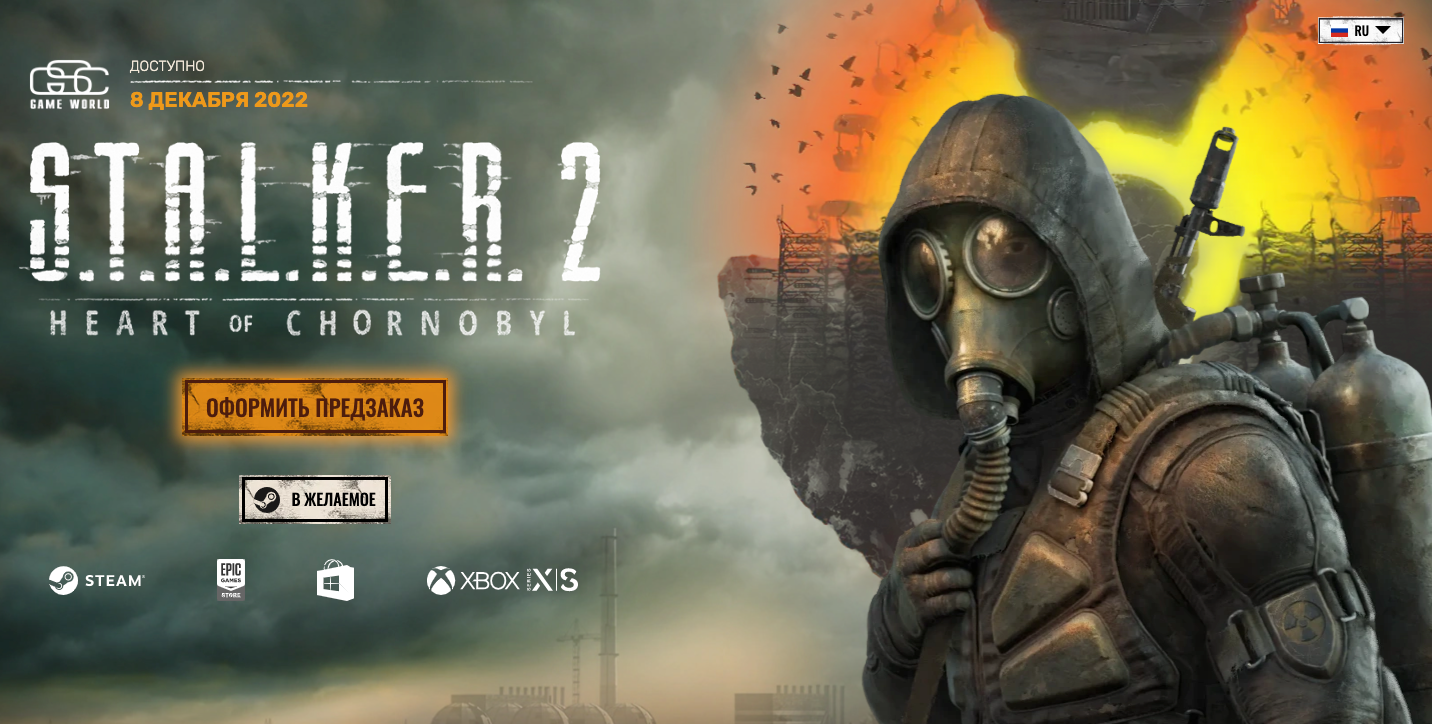 Roskomnadzor entered the game’s website into the register of banned sites in Russia, and operators began to block access to it. This was reported by the TASS news agency, citing the agency’s database.

According to the source, the registry indicates that access to the website www.stalker2.com is restricted at the request of the Prosecutor General’s Office of the Russian Federation in accordance with the regulations for blocking websites containing calls for mass riots, extremism, participation in illegal mass actions.

At the time of writing the news, access to the STALKER 2 website was possible on the territory of Russia without any tricks. Operators typically take some time to lock after the resource is entered into the registry.

Earlier, Roskomnadzor entered the website of the Ukrainian studio GSC Game World, which is the developer of the STALKER and Cossacks series of games, into the registry. Prior to this, GSC Game World announced the termination of sales of games to Russian users.