Images taken from the James Webb telescope have been improved by adding “X-ray vision” to them. 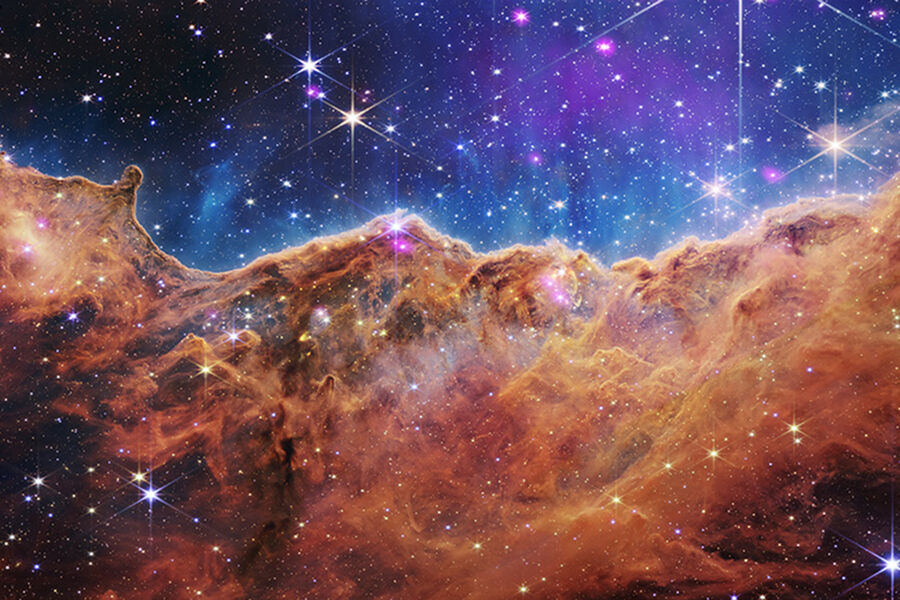 The images obtained by the James Webb space observatory were supplemented with Chandra X-rays, as reported on the official page of the Chandra observatory.

James Webb is the most advanced telescope available to astronomers. It allows you to take highly detailed images and conduct spectroscopic analysis of stars, planets and gas and dust clouds. However, he can only observe in the infrared and red ranges.

Several of his photographs were combined with images obtained by the Chandra orbital observatory. Chandra is an X-ray telescope, launched in 1999, that makes it possible to observe high-energy photon sources such as superheated gas and supernova remnants.

The merged images are in false colors, with X-ray sources shown in purple, and those taken by “James Webb” in the rest. Among other things, astronomers showed a view of the Cartwheel Galaxy and the Carina Nebula.

Thus, scientists hope to show the need for observations in all ranges, using several telescopes at once.