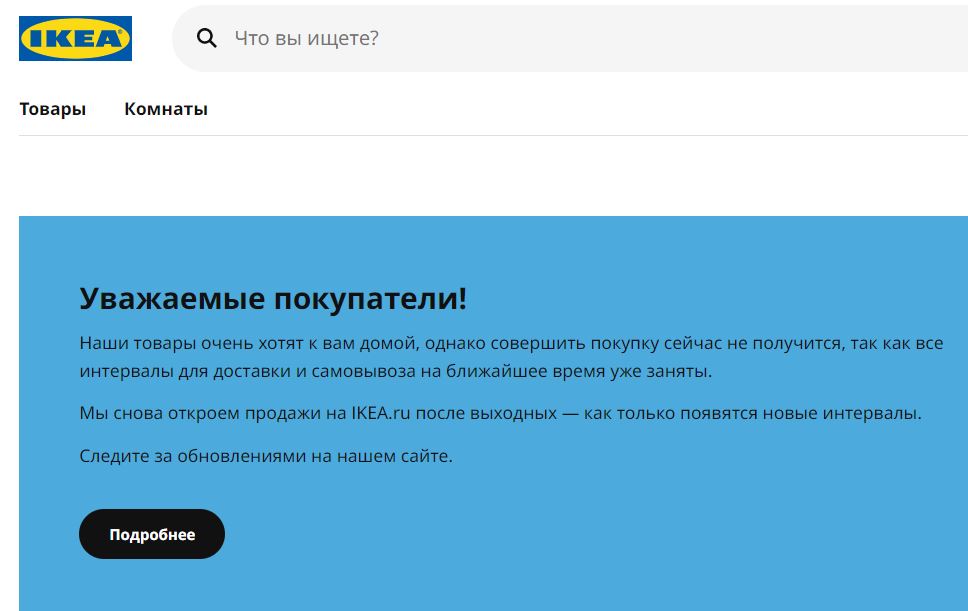 Retailer IKEA has suspended the final sale in Russia, but promises to resume it after the weekend.

“It will not work to make a purchase now, since all the intervals for delivery and self-delivery for the near future are already taken. We will open sales on IKEA.ru again after the weekend – as soon as new intervals appear”– stated in the message on the company’s website.

Earlier, IKEA announced that it would be unable to resume sales in Russia for the foreseeable future and that it planned to cut its business and staff and sell its four factories in Russia.