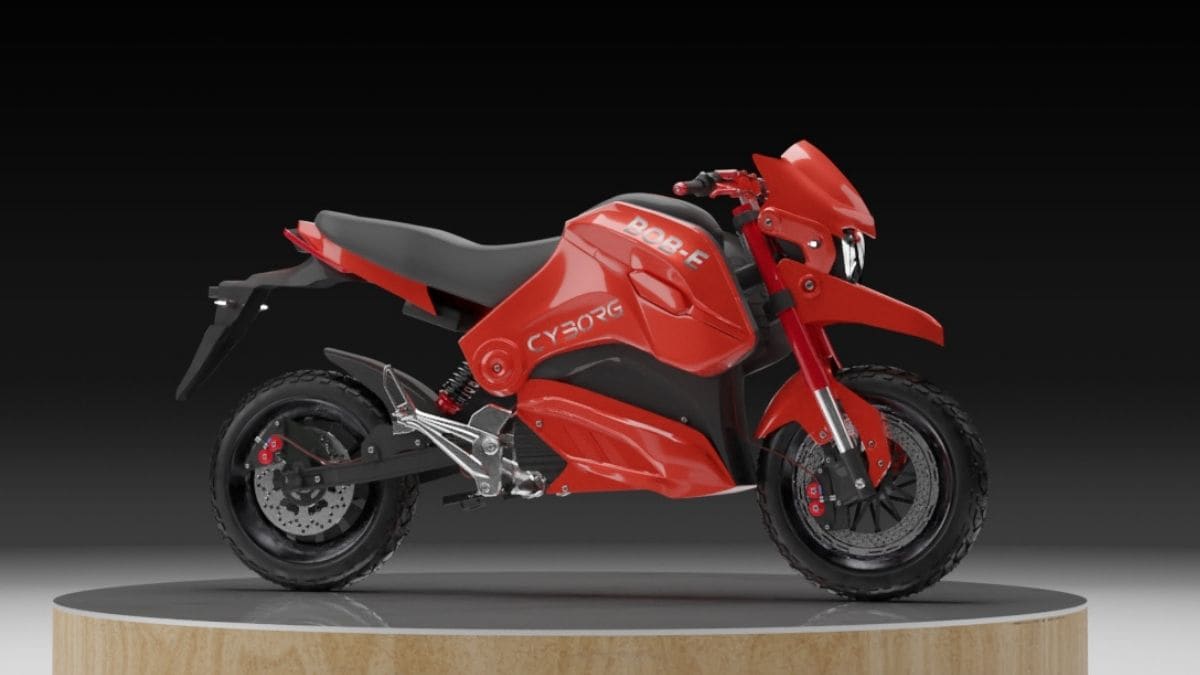 Electric bike startup Ignitron Motocorp has unveiled its second electric motorcycle in India. Named the Bob-e, this two wheeler has been designed for the Indian market. It targets youth. According to Ignitron, BOB-e aims to transform the lifestyle of Indian youth. Also its aim is to protect the environment. It is expected that this electric motorcycle with its best features will meet the daily needs and make the everyday journey of the people easy and enjoyable. Bob-e can be bought in two color variants Black and Red.

Bob It has a riding range of 110 km/h and a top speed of 85 km/h. However, its 2.88kWh lithium-ion battery is not swappable. Well a backup has been given. As additional security, this electric motorcycle has been given Geo Locate / Geo Fencing, USB Charging, Battery Status Indicator, Bluetooth, Digital Display Cluster. There is also a 15amp fast home charger.

The Bob-e has three riding modes – Eco, Normal and Sport. This means that the rider can ride according to his need. This electric bike also gets reverse riding and cruise control. Suspension is boosted by telescopic forks at the front and a fully adjustable mono-shock at the rear. Talking about the price, the price of Bob-e is Rs 94,999. It can be pre-ordered by paying Rs 999.

Well, there have been new startups stepping into the electric two-wheelers market one after the other. Not only the leading two-wheeler companies, but now students also want to try their hand in this market. An example of this is Mazout Electric, started by a team of students from Delhi Technical University (DTU). This team has created India’s first AI (Artificial Intelligence) equipped electric cruiser motorcycle.

The team has entered the field with an aim to compete with many existing giants like TVS, Bajaj, Ola, Hero Electric in the coming times. The biggest feature of Mazout electric bike will be its long range and strong power. The team claims that in the future, this electric bike will be able to cover a distance of up to 350 km in a single charge. Its top speed is said to be 120 kmph.