If you want to translate from English to Hindi text, then these are the best translator apps and websites. 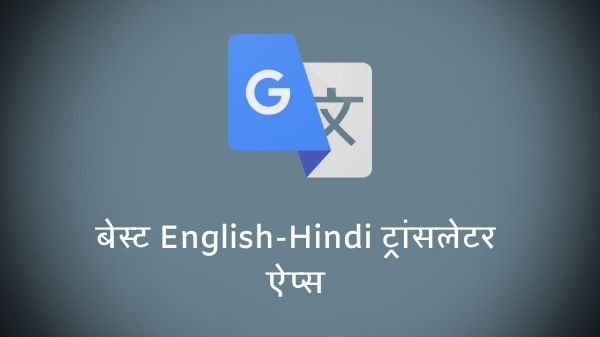 Technology has made everyone’s life better and easier. In this era of internet, if you do not know English then no one because now you can read your entire text in Hindi or other language by translating it in few seconds on online apps and website. Although this is a machine translation, so there are mistakes at times, but the work gets done. Today we will tell you about some of the best English to Hindi translator apps and websites, with the help of which you can translate your text.

You can translate from English to Hindi through these translator apps and websites.

The first name in the list is Google Translate which is one of the most popular translator platforms in the world. It can be used to translate text in over 100 languages ​​including Hindi. The best part is that it is available both as a website and as an app. Therefore, if you want, you can download the app or do the translation through the website. In addition to text, translation can also be done through documents, images and links.

Microsoft Translator is also another great app that you can use to translate your text from English to Hindi. The tool is also available as apps on the web, Android and iOS. It can translate text in over 70 languages, including Hindi, for online and offline use.

If you want to use a translator app with less size and less hassle, then you can try Hindi-English Translator app which supports only English-Hindi. And it has more than 5 million installs on the Play Store.

Another name in this list is Translate Language Translator which is quite a popular translation app and with its help you can translate text in many languages ​​including Hindi on your Android or iPhone.

Hi Translate is another popular app available on both Android and iOS and you can translate text in almost 100 languages ​​on this app too. Apart from this, it also supports image translation and voice translation feature.