If this sticker is not found affixed on the car, it will be immediately confiscated, the vehicle will be sent in the junk 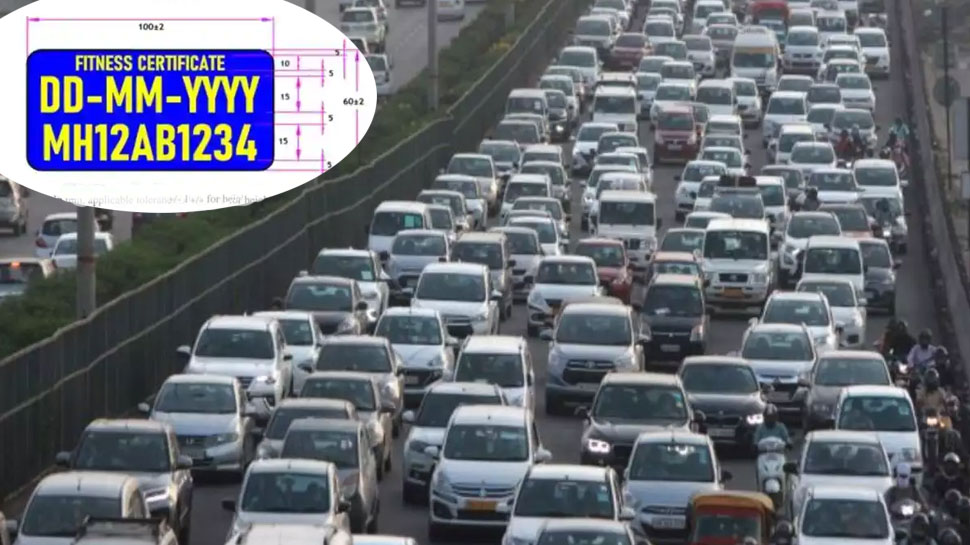 The Ministry of Road Transport and Highways (MoRTH) has issued a draft notification saying that it will be mandatory to conduct a fitness test of 10-year-old petrol and 15-year-old diesel vehicles. Any vehicle found without fitness plate will be immediately confiscated and sent to be scrapped.

New Delhi : The Government of India has been making strenuous efforts for a long time to reduce vehicular pollution and now a big step has been taken in this matter. It has been made mandatory to put a fitness certificate plate on the windshield of all private and commercial vehicles. This fitness plate will be like the number plate of the vehicles, on which the expiry date of fitness will be clearly written. Here on the blue sticker it will be written in yellow color that how long the vehicle will be fit. Date-Month-Year (DD-MM-YY) will be entered in this format.

Will be shipped to be scrapped immediately

According to the Ministry of Road Transport, about 17 lakh medium and heavy commercial vehicles are more than 15 years old and are being driven without valid fitness certificate. Talking about two-wheelers, the fitness certificate will be installed in whatever vacant space is there such as mudguard or mask or apron. The Delhi and Haryana governments have already given this decision and on April 1, this rule is going to be implemented with care. Let us inform that after the implementation of the new rule, if the old vehicles without fitness certificate are found plying on the road, then they will be sent for scrap immediately.