If all laptops become like this, then service centers for their repair will close. Dell introduced the concept of a modular laptop Luna 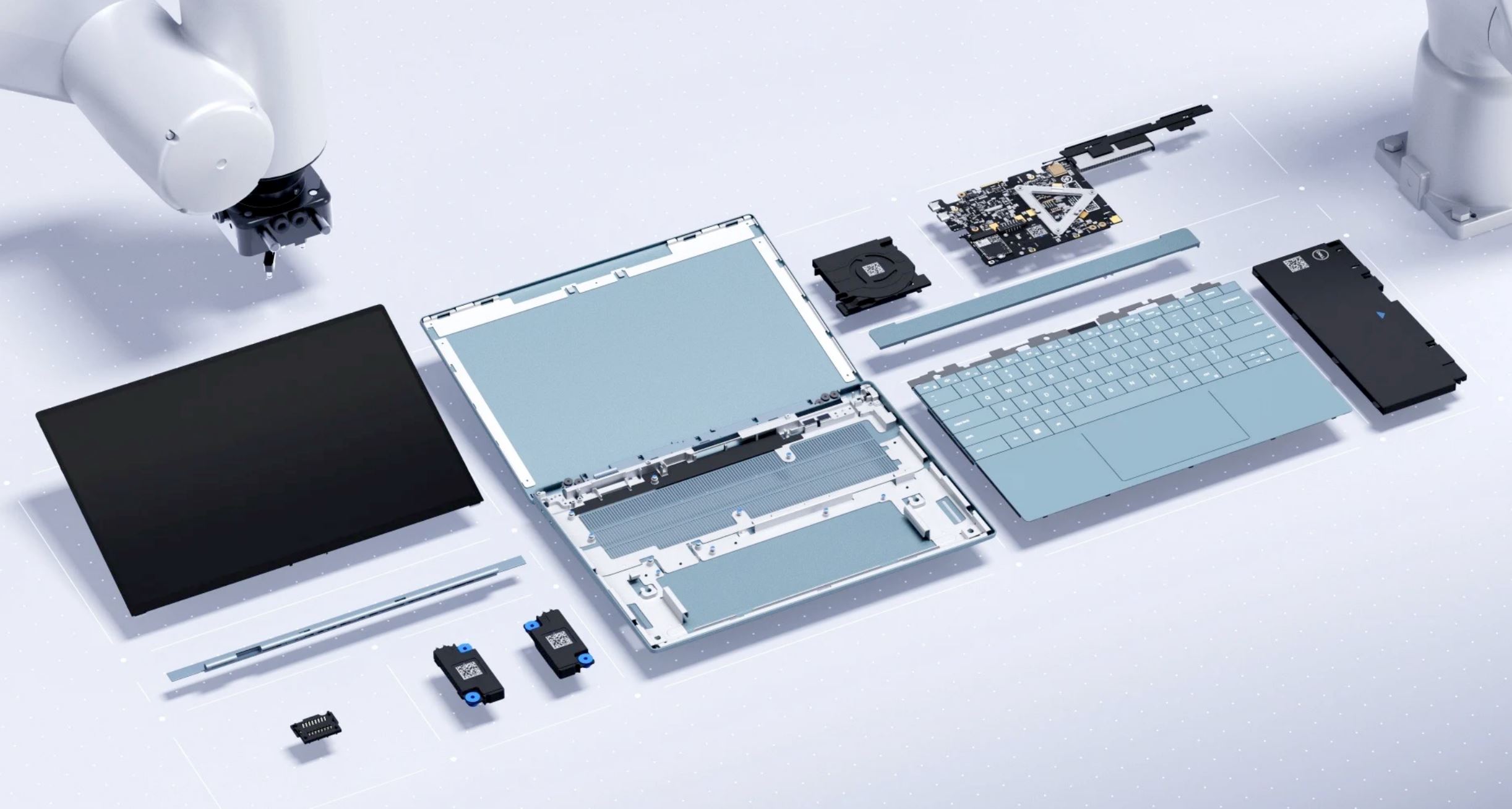 Dell introduced the Concept Luna, a prototype of a promising modular laptop. There is no flexible screen or large touch screen instead of a keyboard – on the contrary, the device has a completely standard appearance. All the most interesting is inside.

Concept Luna is almost like Lego. The device consists of modules that are connected to each other without screws – everything is exclusively snap-on. Accordingly, neither screwdrivers nor any additional tools are needed to disassemble the Concept Luna. You can disassemble the device into elements in 30 seconds! And this applies to the cooling system, and even the screen matrix. That is, for example, if the display breaks, the user will be able to replace it (if there is a new matrix) independently and very quickly. The same applies to the upgrade: just remove the motherboard module and install a new one in its place.

Externally, the Concept Luna resembles a regular 14-inch laptop from the Latitude line. The company notes that this is just a concept, and there is no need for a serial implementation of it in the near future. However, some Concept Luna developments may well be implemented in future Dell commercial devices.