Hyundai’s most affordable SUV may be launched next year, Tata Punch will get competition 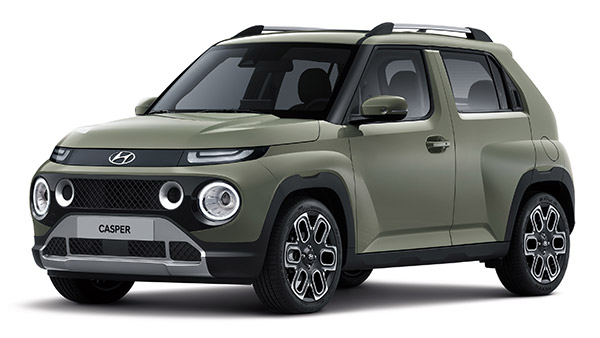 Hyundai has not yet announced the name of this SUV, but it is being called as Hyundai AI3 Compact Utility Vehicle (CUV) in the code language. This mini SUV from Hyundai will take on the Tata Punch as well as entry-level compact SUVs like the Renault Chiger and the Nissan Magnite.

The new entry-level SUV is likely to be introduced by the company as a compact utility vehicle (CUV) and will be slightly larger than the Hyundai Casper, which is currently being sold in the international markets. It will use the same platform that underpins the Grand i10 Nios and the Aura compact sedans.

According to reports, the company’s new sub-compact SUV could be costlier than the Grand i10 and cheaper than the Venue. The AI3 CUV is likely to get the same 1.2-litre petrol engine as the Grand i10 and Aura. There is no word on its pricing yet, but it is likely that it will be pitted against the punch, which is the best-selling product in this sub-segment of compact SUVs.

As per reports, the company has planned an annual production of 50,000 units for this model and its Hyundai Motor India has also invested around Rs 1,400 crore to increase its plant capacity from 7.7 lakh to 8.5 lakh units.

First-time car buyers in India are now liking SUVs more than hatchbacks. Due to this, the demand for entry-level SUVs like Tata Punch, Renault Chiger, Nissan Magnite and Citroen C3 is increasing in the market. The entry level SUV is selling around 20,000 units in a month. This segment already accounts for 10 per cent of the growing SUV vehicle segment in the country.

Hyundai is not in any hurry on the entry-level SUV front and the company is yet to share any production plans. This indicates that the South Korean carmaker is keen to focus on profits rather than increasing market share.