Hyundai will soon launch another electric car Ionic 5 crossover, know what features will be available 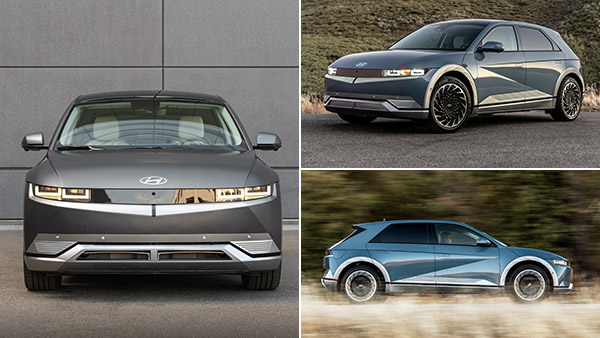 Hyundai Motor is about to launch the electric crossover Ionic 5 (Ioniq 5) to be sold in the global market in India.

With this, the company is planning to expand its electric segment portfolio in India. Confirming the launch of the EV, the company said that it will be offering it on the new EV platform e-GMP.

It is likely to be unveiled at the upcoming Auto Expo in Delhi in January. Hyundai Motor had earlier announced that it would launch 6 electric cars in India by 2028. It will be launched as a CKD model in the country and will be based on the firm’s Electric Global Modular Platform (e-GMP).

Recently, the carmaker had revealed the Ionic 5 electric car as the upcoming models on its official website. Hyundai had earlier said that the EV would be launched in the country in the second half of 2022. The new Ionic 5 gets a very futuristic exterior profile.

This includes its LED headlamps with square DRLs, 20-inch aerodynamic-designed alloy wheels, flush-fitting door handles, a set of pixelated LED taillights. Inside the car is a large console on the dashboard, instrument console and a single screen each for the infotainment system.

Other cabin highlights include a two-spoke flat-bottom steering wheel, an adjustable seat for the second row and a sliding center console. The international-spec model gets 58 kW and 72.6 kW battery packs in both rear wheel driving or all wheel driving configurations. Which pack will be introduced in the Indian market is not confirmed yet.