Hyundai will say to Creta bye! This will happen 2023 Kia Seltos, here is anvil 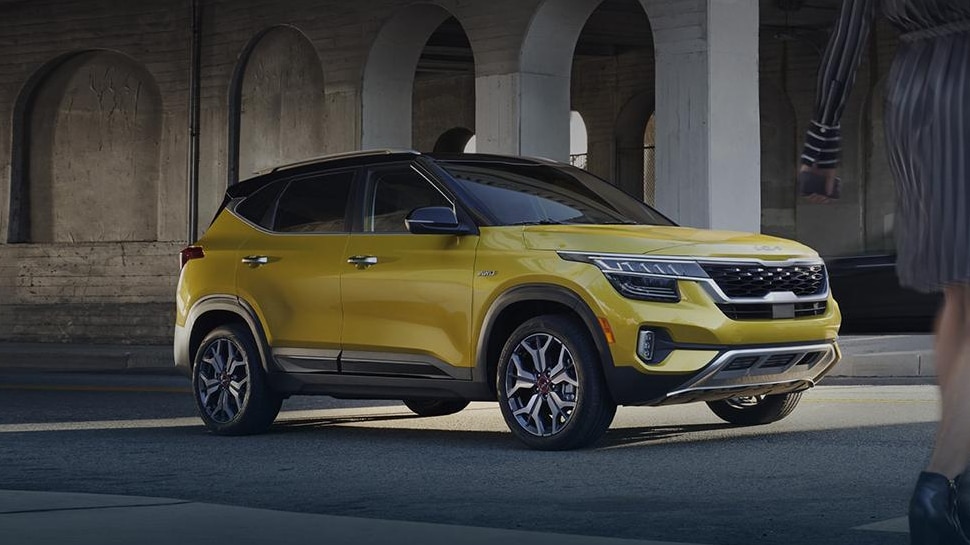 Kia Seltos: Kia is also going to bring a facelift version of her Celtos in India. In such a situation, it can be expected that the Celtos which have been unveiled in America also came to India. However, some changes can be seen in this. It will compete with Hyundai Creta.

2023 Kia Seltos: The 2023 Kia Celtos have been unveiled at the 2022 Los Angeles Auto Show, which has seen several cosmetic updates. A new X-line variant will also be available in the US market. The new Kia Celtos will be launched in the US in the first half of 2023. Talking about the external update of the 2023 Kia Celtos, it includes a very prominant tiger nose grill, refreshed front bumper, new alloy wheels, integrat LED DRL and fog light assembly. At the rear, the SUV has been given a new light bar, which combines LED taillights. However, its core silhouette is retained. 2023 Kia Celtos has been given new color options of Pluton Blue, Fusion Black and Wallace Green.

The 2023 Celtos X-Line variants feature features such as gunmetal finish on the front grille, new 18-inch alloy wheels, X-line badging and black roof racks. Other models such as Kia Sorrento, Soul, Sportage and Telluride are also sold in X-line variants in the US market. The 2023 Kia Celtos features a dual 10.25-inch display, fresh 4.2-inch digital gauge and two USB ports at the front and back. Features will also be found in the Kia Connect app. Talking about safety, it also gets features like Speed Limit Assist and Warning and Blind Spot Collision Warning.

It will have a 1.6-liter turbo and 2.0-liter engine options. The turbo unit will now generate 195hp power against the earlier 175hp power. The 1.6 turbo engine is specifically designed for them, which prioritize power and performance. The transmission option has also been updated to an 8-speed automatic compared to the 7-speed dual clutch automatic of the current model. Talking about the 2.0-liter, 4-cylinder unit, the performance numbers are largely the same. It will now generate 147hp power instead of 146hp ( first ), which is just 1hp more.

Kia is also going to bring a facelift version of her Celtos to India. In such a situation, it can be expected that the Celtos which have been unveiled in America also came to India. However, some changes can be seen in this. It will compete with Hyundai Creta.