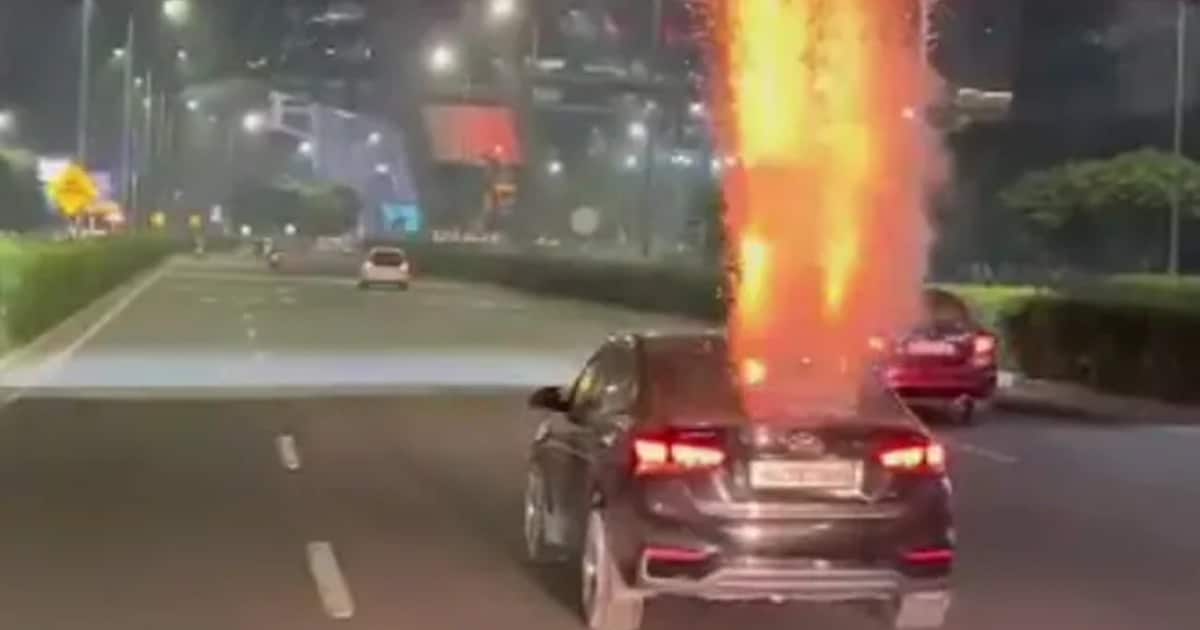 In Delhi this year also there was a ban on bursting of firecrackers like the last few years, but in spite of that, people burst firecrackers on Diwali. At the same time, some youths did not even stop to riot on the streets. We are talking about three youths who were seen bursting firecrackers in Delhi despite the night-time ban and you will be surprised to know that they did not burst firecrackers in the usual way, but in a moving car. On this the police registered a case and now the accused have been arrested.

NDTV’s accordingThe youths driving the Hyundai Verna car on the roads with a full box of sky shots on top of the boot of the car have been arrested by the police and these three accused have been sent to jail. On the night of Diwali, some youths had driven a moving car by placing a sky shot on it, the video of which became fiercely viral. After this video went viral, the police tracked down these accused and arrested them.

Police registered a case at Delhi’s DLF Phase-3 police station and arrested all the three youths from Sikanderpur. The accused have been named as Nakul, Jatin and Krishna.

On the day of Diwali, people in the capital of the country violated the government’s decision and burst a lot of firecrackers. Ahead of Diwali, Delhi Environment Minister Gopal Rai had said that bursting of crackers in the national capital on Diwali could lead to a jail term of up to six months and a fine of Rs 200.