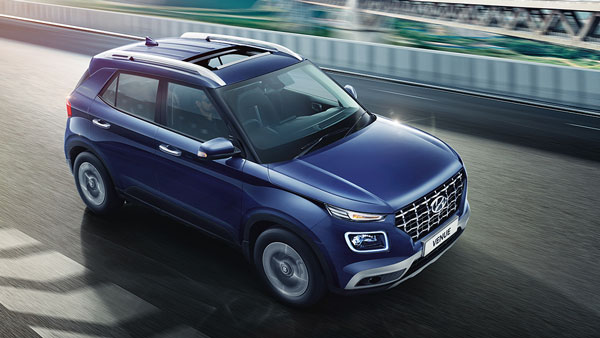 Both the companies are planning to do this to stay in the running competition in the market. Let us tell you that recently the country’s largest carmaker Maruti Suzuki has launched its MPV Maruti Ertiga and has also launched its CNG version. So let us tell you which CNG models Hyundai and Kia are working on.

South Korean automaker Kia has started testing the CNG version of the Kia Sonet sub-4 meter SUV in India. It is believed to be offered with a 1.0-litre, 3-cylinder turbocharged petrol engine on CNG fuel. This is because the badging of GT and T-GDi was seen on its test mule.

The Kia Sonet CNG will be mated to a 6-speed manual gearbox. Its regular 1.0-litre, turbo engine produces 118 Bhp of power and 172 Nm of torque. The use of CNG fuel in this engine of Kia Sonet will see a slight drop in power and torque output.

Like the Kia Sonet CNG, Hyundai Motor India will also offer its Hyundai Venue compact SUV with a factory-fitted CNG kit. It is likely to be offered in the same powertrain configuration as the Kia Sonet CNG.

The small SUV will also be powered by a 1.0-litre, 3-cylinder turbo petrol engine with a factory fitted CNG kit. Powered by CNG fuel, this turbo-petrol engine will offer slightly lower power and torque output than its regular variant.

Kia India will also add an MPV to its CNG portfolio to take on the Ertiga CNG from Maruti Suzuki. The company’s CNG MPV is going to be Kia Carens and it is believed that the 1.4 liter, turbo petrol engine will be used in its CNG version.

The car is also offered with a 1.5-litre naturally aspirated petrol engine, but this engine may prove to be a bit weak for 6-7 passengers with luggage. Its 1.4-litre, turbocharged petrol engine churns out 140 Bhp of power and 242 Nm of peak torque.