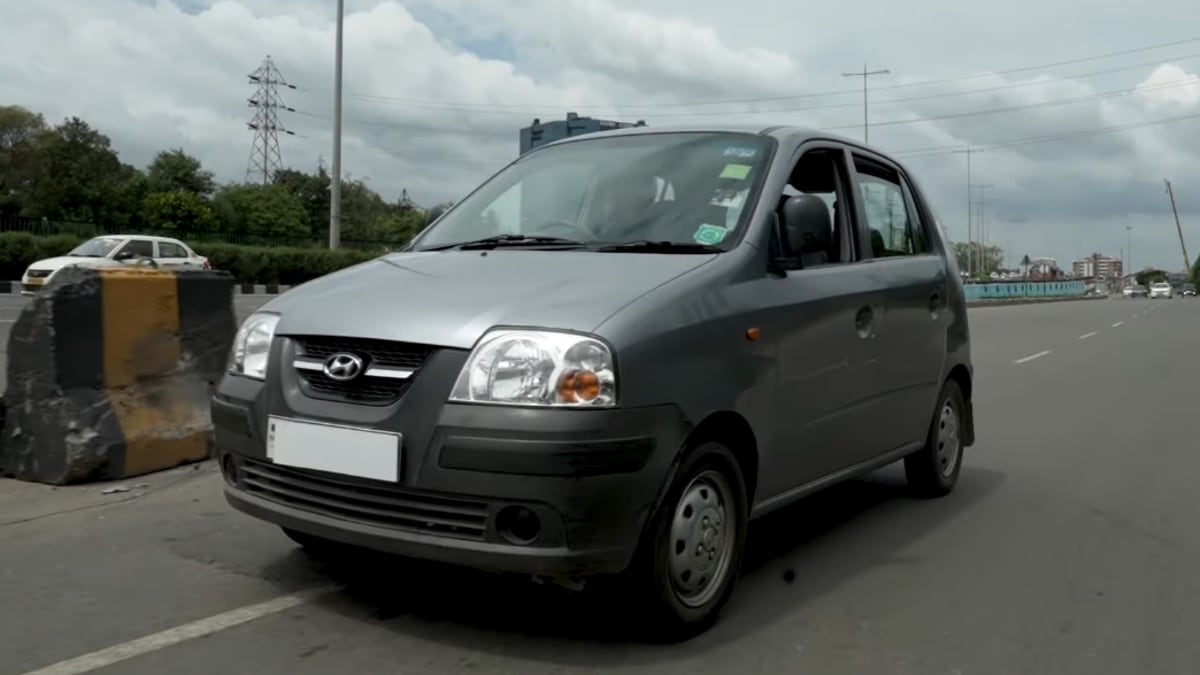 In India, many companies offer conversion kits to convert an ICE vehicle, especially a car, into an electric vehicle. However, Mihir Vardhan, an intelligent and skilled youth of the country, has worked to convert a Hyundai Santro car to electric with the help of his very small team. Vardhan also runs his own YouTube channel, where he shares ‘fun, simple and budget-friendly DIY robotics, science and technology videos’. He has explained in detail his entire journey of converting Hyundai Santro to electric on this channel.

Mihir Vardhan, who runs a YouTube channel called Making With Mihir, has shared the process of converting his Hyundai Santro into an electric vehicle (EV) on his channel. According to him, it took him three days to accomplish this feat. The surprising thing here is that while the electric conversion kits available in the market come in almost half the price of a new electric car. At the same time, Mihir has shown his car by converting it for $ 3,000 (about 2.4 lakh rupees). However, long-term planning and many days of hard work cannot be ignored.

In the video, he has explained the conversion process in detail. Instead of removing the entire engine, they only removed the upper half called the cylinder head and removed the pistons as well. He says leaving half the engine on saves time, money and effort. Vardhan then made an L shape motor mount and fixed it on the engine block. This reportedly keeps the power steering and air conditioning of the car intact without any additional motors.

In this car, Vardhan has used a 6kW, 72V power brushless DC electric motor (BLDC). The battery pack is fixed in the boot, which is a 72V 100Ah capacity Lithium Ferrophosphate (LFP) battery. The car can reportedly catch a top speed of 60 kmph and has a single charge range of 80-90 km. It has also been claimed that the cost of driving this car is Re 1 per kilometer.