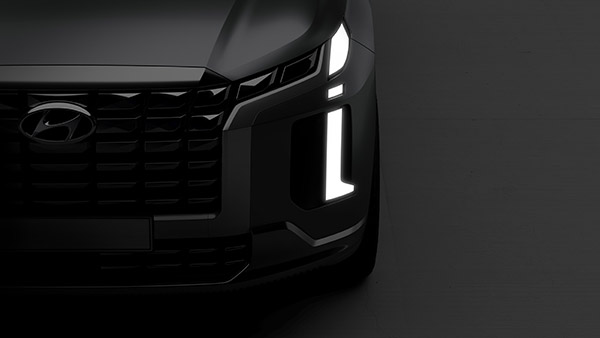 The headlight of this SUV has been installed on its bumper. This design can be seen in some new Hyundai cars. Overall, Hyundai’s new Palisade will look more stylish from the front and more modern than before. Hyundai has also revealed its side profile. It has 15-spoke dual tone alloys. However, their size information will be revealed during the debut.

Let us know that the company has been selling the Hyundai Palisade in select countries since 2018. It is mainly being sold in the markets of America, Korea and Europe. The Hyundai Palisade is a premium 7/8 seater SUV that comes equipped with a host of advanced features and equipment including a 4X4 drivetrain. According to the information, its facelift model can be launched in the year 2023.

As of now, Hyundai has not revealed any plans to launch it in the Asian markets. Experts believe that it can be brought to India in semi-manufactured (CKD) form, which can be made available in the market after assembling. However, the company has not shared official information related to this.

Coming to the engine, the 3.8-litre V6 diesel engine is currently being used in the Hyundai Palisade. This engine is mated to an 8-speed gearbox and churns out 295 bhp and 355 Nm of torque. Many modern safety features are also available in this SUV. Talking about the safety features, it has features like Airbag, ABS, EBD, Hill Down Control, Parking Sensor with Surround View Camera, Head Up Display, Forward Collision Warning, Lane Keep Assist, Blind Spot Monitoring.