Hyundai Kona Electric Facelift will be launched in India by the end of 2022, know what will be new 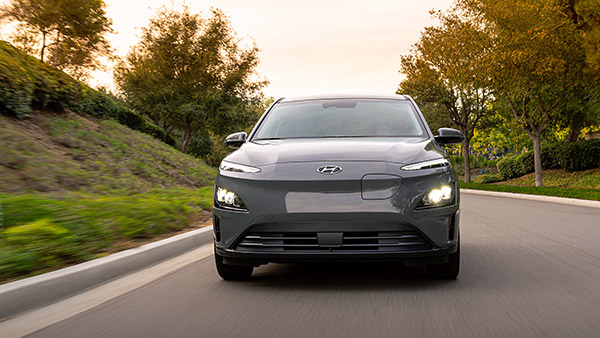 The new avatar of the Hyundai Kona Electric was introduced in the foreign countries in November 2022. Talking about its changes, a new front grille will be seen in the new corner, which will give it a simple look from the front. It will get thinner headlights, as well as less cladding in the side profile, apart from the rest will be kept the same.

Changes will be made to the front and rear bumpers, as well as new alloy wheels. The new Kona Electric will come with a 10.25-inch digital instrument cluster, a larger 10.25-inch touchscreen infotainment system along with BlueLink connected technology, voice control, remote charging and climate control.

For safety, it will also get safety exit, e-call, rear cross-traffic assist. It will have a larger 64 kWh battery pack than the current one, which is going to provide 204 hp of power. This will also increase the range of the Kona electric SUV, but how much this increase will be is not yet disclosed. The company is going to bring it to India as a completely knocked down unit.

Hyundai’s first electric SUV, Kona, has not got the expected success in the Indian market but the company is going to woo the customers again by bringing a new model. Now it has to be seen how the new Kona gets the response and how much sales increase.