Hyundai IONIQ 6: All units of this electric car sold out in 24 hours, runs 610KM in full charge 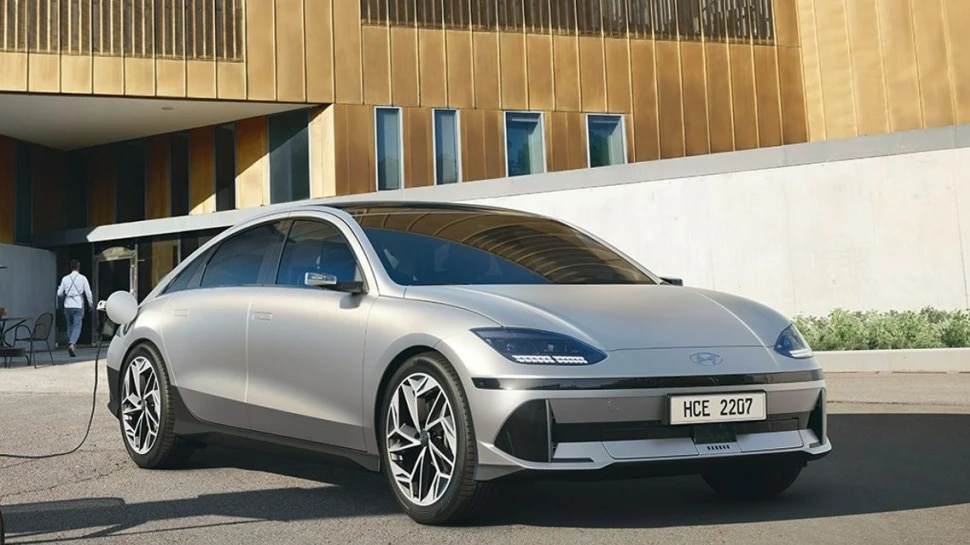 Hyundai Electric Car: Hyundai unveiled its electric car Hyundai Ioniq 6 a few months back. The company started its pre-sale on 9 November. Only 2500 units of the vehicle were available as the first edition.

Hyundai Ioniq 6 Sold Out: South Korean automaker Hyundai unveiled its electric car Hyundai Ioniq 6 a few months back. It became very popular due to its aerodynamic design and efficiency. The company has also announced that Hyundai Ionic 6 will be launched in the Indian market as well. Hyundai started its pre-sales on 9th November in markets like Germany, UK, France, Norway and Netherlands. Only 2500 units of the vehicle were available as the first edition. According to the company, all the units of the electric car were sold out within 24 hours.

Such is the design The
futuristic looking Hyundai Ionic-6 is built on the E-GMP architecture. It gets sharp lines on the outside, an attractive V-shape design on the front bumper and hidden LED taillights at the rear. On the inside, gray colored interiors, 2-spoke steering wheel and dual-screen setup are available.

Talking about the features, it has a 12.0-inch infotainment system, which supports Android Auto and Apple Car Play. It also features a 12.0-inch digital instrument cluster and ambient lighting. For safety, it has features like multiple airbags, parking camera and stability control.

Battery pack
This electric car is sold in two battery pack options of 53.0 kWh and 77.4 kWh. According to the company, once the car is fully charged, 610 km. Can last till Single motor and dual motor options are also given in it. The top model is claimed to be capable of accelerating from 0-100 kmph in 5.1 seconds. Through fast charging, the vehicle can be charged up to 10-80 percent in just 18 minutes.