Hyundai Ioniq 5: Hyundai will present the flagship electric crossover on Tuesday, know 5 important things about it 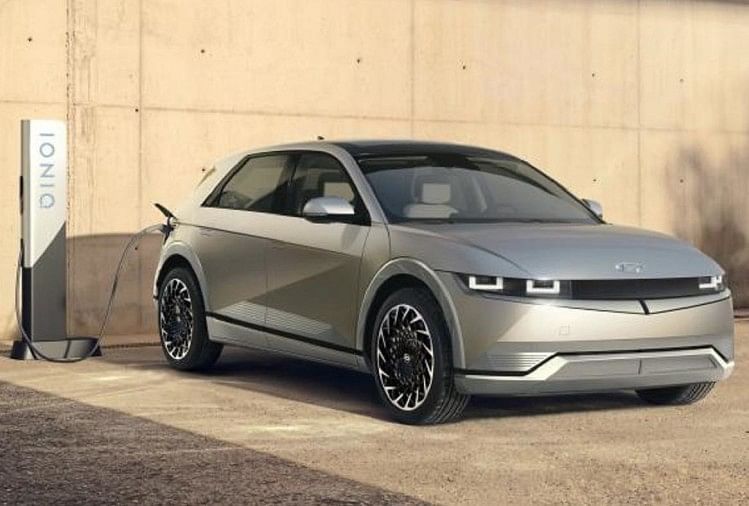 Hyundai Motor (Hyundai Motor) will officially unveil its second electric car for India, the Ioniq 5, on Tuesday after the Kona Electric SUV. The electric crossover has already been launched in the global markets. After which it will now be seen on the Indian roads soon as the carmaker has announced that the bookings for it will start from 20th October. Hyundai is expected to launch the Ioniq 5, which won the World Car of the Year title in 2022, early next month. The Korean carmaker is likely to showcase the electric crossover at the Auto Expo 2023 to be held in Delhi next month. Here we are telling you some important things about this EV.

The Korean carmaker has said that it will introduce its new EV platform for India, named E-GMP (Electric Global Modular Platform). The Ioniq 5 is Hyundai’s first electric vehicle to be built on this platform. It has already been introduced in the global markets and is technically similar to Kia’s first electric car, the EV6.

Talking about its look and design, the new Ioniq 5 gets a very futuristic exterior profile. Which includes its LED headlamps with square DRLs, 20-inch aerodynamically-designed alloy wheels, flush-fitting door handles, pixelated LED taillights, an integrated spoiler and a shark-fin antenna. Its looks are quite different from the company’s current model lineup, making it one of the most beautiful looking cars in the portfolio.

Inside the car, there is a large console on the dashboard, instrument console and a screen each for the infotainment system. Other cabin highlights include a two-spoke flat-bottom steering wheel, an adjustable seat for the second row and a sliding center console.

Level-2 ADAS features will be available