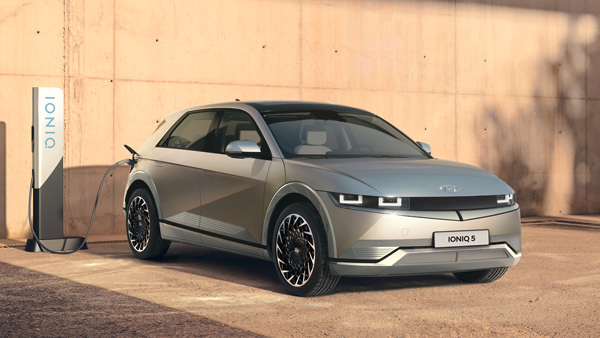 Kia India is expected to get a first-mover advantage with the Kia EV6, but due to huge global demand for the company’s first ‘born electric’ EV, only 100 Kia EV6s have been allocated for India. Hyundai had also planned to rapidly take the import or CBU (completely built) route to market.

According to the information, this electric car will be launched in the second half of this year. Hyundai Motor India has not yet opened bookings for the Hyundai Ioniq 5 EV, but it is believed that the company can start booking it sometime before its launch.

Explain that the word Ioniq is formed by combining “ion” and “unique”. The term was announced as a long-term research and development project focusing on sustainable mobility. The Hyundai Ioniq 5 is built on the Hyundai Motor Group’s Electric Global Modular Platform (E-GMP).

Once launched in India, it will compete with the Audi eTron. Hyundai had earlier revealed that it will launch the Hyundai Ioniq 6 in 2022 and the Hyundai Ioniq 7 in 2023 in global markets as part of its future plans.

The Hyundai Ioniq 5 is claimed to offer better range and power. The company has also revealed some preliminary information about the Hyundai Ioniq 5. The car is said to be powered by a 3.5 kW Lithium Ion battery that can provide a range of 100 km in just 5 minutes of charge.

High end audio speaker and music system will be given for entertainment in this car. This car can accelerate from 0-100 kmph in just 5 seconds. The car will offer a range of 450 kms on a single charge. Hyundai had earlier announced that the company would sell one million electric cars in the global market by 2025.