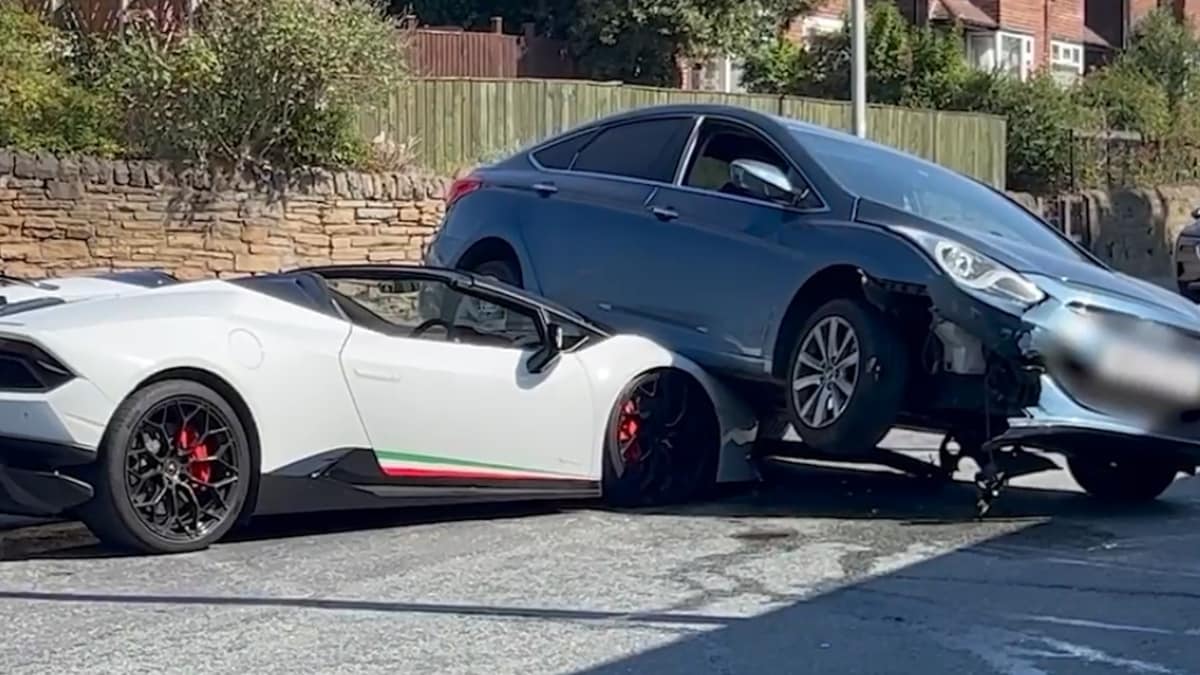 Collisions between two vehicles on the road are common, but if one of them is worth crores, then the video of the crash becomes viral. A similar video has come from the city of Leeds, United Kingdom, where a collision took place between a Hyundai i40 and a Lamborghini Huracan Performante Spyder. The collision appears minor in the video, but a Lamborghini car reportedly worth £250,000 (about Rs 2.35 crore) was heavily damaged in the incident.

The Sun has shared a CCTV footage on its Twitter handle, in which a Lamborghini Huracan Performante Spyder suddenly collided with a Hyundai i40 taking a right turn. According to the tweet, the Lamborghini car was priced at £250,000, which is certainly several times more than the Hyundai car. report according, Lamborghini was driving down an urban two-lane road at around 10:24 a.m. local time, when a Hyundai i40 sedan, without looking either way, turned from left to right. As can be seen in the video, the i40 driver continued to accelerate even after the accident, causing the Hyundai car to ram onto the Lamborghini. Although both the cars were damaged, but here the Lamborghini car appeared more damaged.

According to the publication, police later confirmed that no one was seriously injured in the collision, but the front of the Lamborghini collapsed under the weight of another car.

A West Yorkshire Police spokesman said: “Police were called to a road traffic collision involving a Lamborghini and a Hyundai at the junction of Whitehall Road and Dixon Lane in Leeds.” Further added, “There were no serious injuries.”