Hyundai i20 N-Line gets a new color option, know what the company has updated 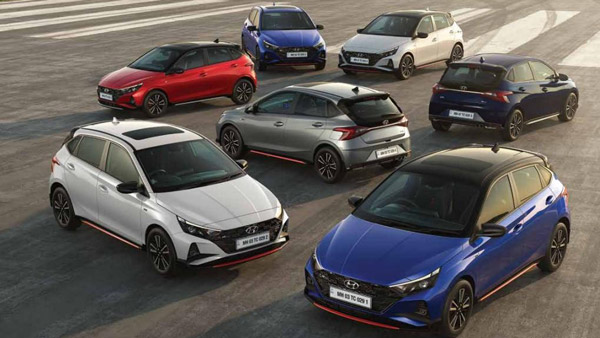 Its company has also made available in dual-tone color option for this. It is offered with Thunder Blue, Polar White and Fairy Red Phantom Black roof. Along with this, side skirts and roof spoiler have been given in this car with red accents.

The company is given the option of 6-speed iMT and 7-speed dual-clutch automatic gearbox with this engine. Let us tell you that recently Hyundai Motor India has removed some variants and features from the standard version of Hyundai i20 as well as some features have also been added.

The company has dropped the 1.2-litre petrol IVT and 1.0-litre DCT automatic from the Asta trim, replacing it with the Asta (O), which till now was available only in the manual variant. The 2022 Hyundai i20 falls in the premium hatchback segment and other models in this segment have been brought in with many updates continuously.