Hyundai i20 is available here cheaper than Rs 5 lakh, know how much will be saving 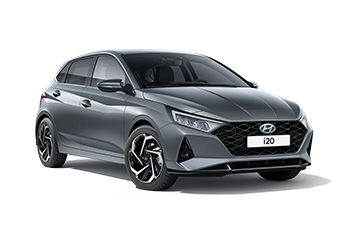 The rising prices of petrol are not hidden from anyone and driving a car on that expensive petrol proves to be very expensive. We can’t get you cheap petrol, but we can tell about some special deals, after which you can buy an expensive car for less than Rs 5 lakh ( Cars Under Rs 5 lakh ). Actually, today we are going to tell you about a special deal, after which you can buy the Hyundai car seen in the photo for just Rs 4,99,000 lakh. Before telling about these deals, let me tell you about the features coming in the brand new i20 .

Currently, the brand new Hyundai i20 sports car can be purchased for Rs 7.88 lakh ex-showroom. The i20Sportz will get mileage of up to 21.0 kmpl. Also, an engine of 1197 cc has been given in it. It will give power up to 81.86 cc. Also it is a 5 seater car, in which manual transmission has been given. In such a situation, riders can benefit up to Rs 2.89 lakh.

What is the cheapest i20 deal below Rs 5 lakh

The Hyundai i20 car is listed on the website Car Dekho and is priced at Rs 4.99 lakh. This car is a 2015 model and runs on diesel fuel. So far 61 thousand kilometers have been run and an engine of 1196 cc has been given in it.

Car is registered in this RTO

Registered with the RTO of Delhi, this car comes with a manual transmission. This is a first honor car. As per the information listed, it is listed with third party insurance. 32 photos of this car are listed on the website, in which an attempt has been made to show the car from all angles. In such a situation, the condition of this car can be easily shown.

These special features in the car

The photo shows that alloy wheels have been given in it, which help in giving smooth driving. The car does not show any dent in the listed photo. Also, this car also has rear parking sensors, which are seen in the photo.