Hyundai Alcazar launched in this country, changed its name to Grand Creta, know what is the price 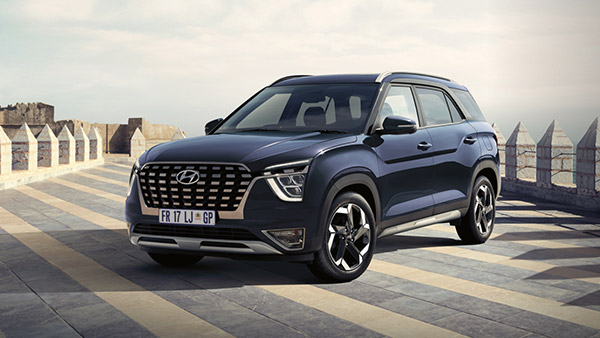 The car is offered with a 150 mm longer wheelbase than the 5-seater Hyundai Creta SUV. Apart from this, the company offers 180-litre boot space in this car, which can be increased to 1,670-litre by folding down the second and third row seats.

The new Hyundai Grand Creta is based on the same K2 platform that is used to build the Hyundai Creta and Kia Seltos. The platform has been modified to accommodate longer wheelbase models including the Kia Carens MPV.

The new Hyundai Grand Creta is powered by a naturally aspirated petrol engine, which also powers the Hyundai Alcazar. This engine generates power of 156 bhp and maximum torque of 191 Newton meter. Like the India-spec model, the new 3-row Creta also gets a 1.5-litre 4-cylinder turbo-diesel engine.

This engine generates power of 113 bhp and maximum torque of 250 Newton meter. Talking about the gearbox options available in it, then the option of 6-speed manual and 6-speed torque converter automatic gearbox is given in it. The 3-row SUV is offered in a total of two trims, which include the Executive and the Elite.

A large 10.2-inch digital instrument console and electrically adjustable driver’s seat have been used in this car. For suspension duties, the 3-row SUV gets MacPherson strut at the front and coupled torsion beam axle at the rear. The Elite trim also gets 6 drive modes, which include Snow, Mud, Sand, Eco, Sport and Normal.