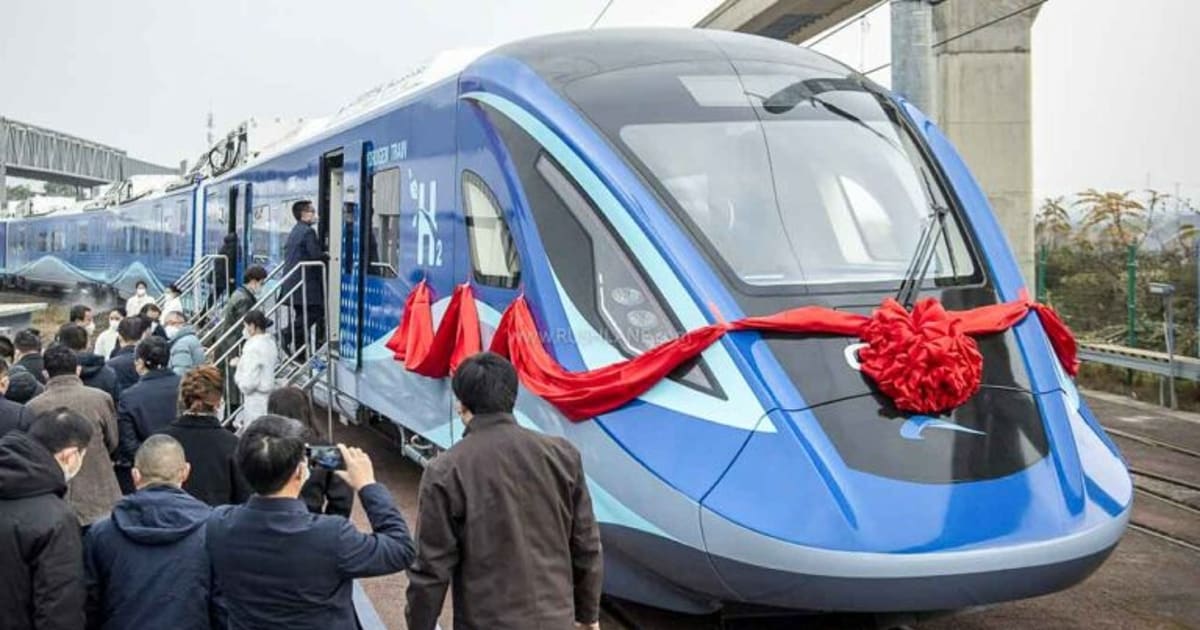 You must have heard about a car or three-wheeler running on hydrogen, but now many countries are working on a train running on hydrogen. Last year in August, Germany launched the world’s first hydrogen powered train and now, China too has a hydrogen powered train. It has been told in a report that the production of this train has started in China. This train can run at a speed of 160 Kmph and its range is said to be 600 Km.

Rushlane’s according, On December 28, 2022, China’s first hydrogen powered train has been put into production. The train will be built at the CRRC production facility in Chengdu in Xinjiang. The train was showcased at the automobile expo of the 5th China International Import Expo (CIIE) in November 2022. It is jointly developed by CRRC Changchun Railway Company and Chengdu Rail Transit.

Reports suggest that the train includes a build-in system of hydrogen power, which in turn increases its range to 600 km and top speed is said to be 160 km/h. The report further suggests that the train will be able to reduce carbon dioxide emissions by over 10,000 kg per year when run at top speed on a 500-km route.

China’s hydrogen-powered train reportedly has a capacity of 1,502 passengers and comes with the latest features of automatic wake up, start/stop and return to depot. Intelligent monitoring system is available in it.

Engines that run on hydrogen seem to be the future of the world. Not only Germany and China, India has also taken the first step in this field. India is set to introduce its first domestically made, hydrogen-powered train this year. The train named ‘Vande Metro’ will replace the trains designed in the 1950s and 60s. This indigenously designed and manufactured hydrogen train will be launched in December 2023 and its design may be completed by May or June this year.