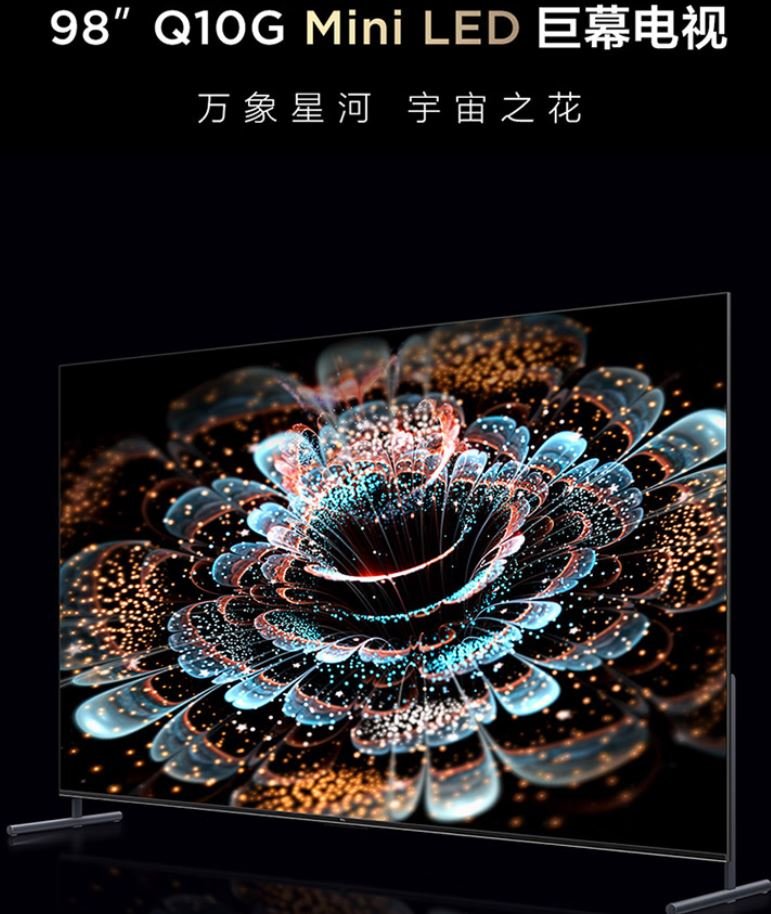 TCL introduced the Q10G Mini LED TV in China with a 98-inch screen (previously the series included models with screens of 55, 65, 75 and 85 inches). The novelty is already available for pre-order at a price of 3065 dollars.

In its niche, the 98-inch Q10G Mini LED TV is one of the most affordable TVs around. In the Chinese market, only Redmi Max 98 is cheaper than it. Although just a couple of years ago, buying such a large TV for such money could only be dreamed of.

New TCL is characterized by a maximum brightness of 1600 cd/m2, covering 95% of the DCI-P3 color space. It uses 59 screen drivers that independently control the image display settings on 672 display areas. At the heart of the TV hardware platform is SoC M1 (not to be confused with Apple’s SoC M1) with a quad-core CPU. The amount of RAM was 4 GB, flash memory – as much as 128 GB!