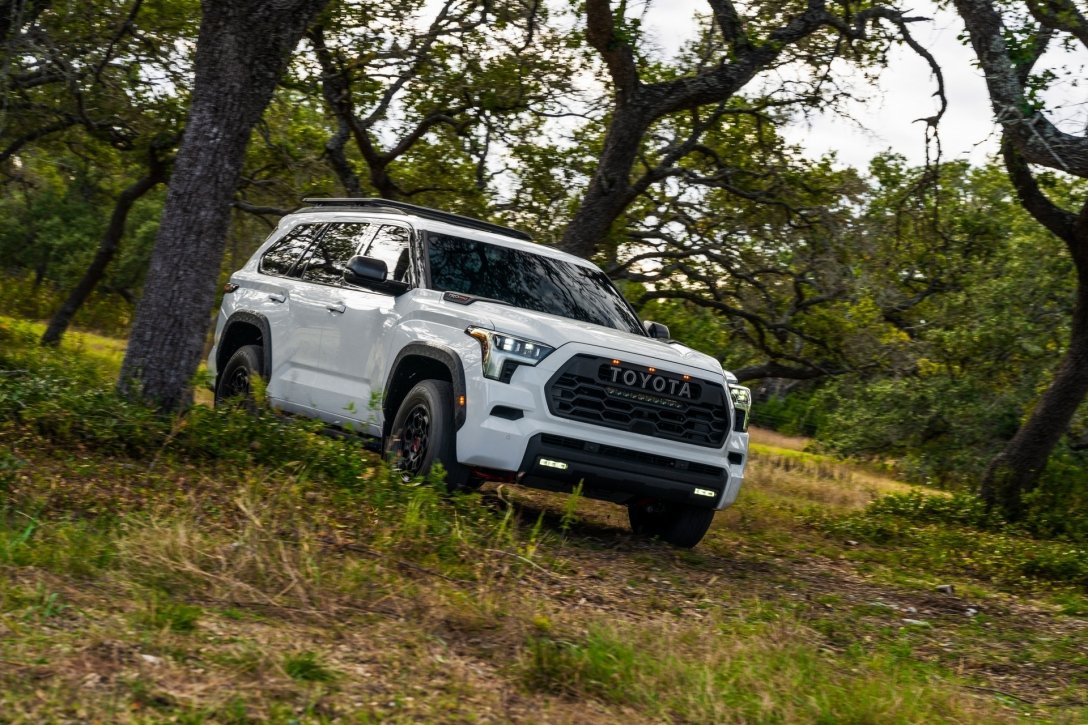 Toyota has begun mass production of the third-generation Toyota Sequoia SUV, which is now produced at a plant in Texas on the same line as the Tundra pickup truck. The dimensions of the car are 5286 x 2022 x 1892 mm with a wheelbase of 3099 mm.

New generation Toyota Sequoia debuted early 2022. The frame SUV shares a platform not only with the Tundra pickup truck, but also with the Toyota Land Cruiser 300. The model is presented in the USA with an uncontested i-Force Max hybrid installation, which consists of a 3.5-liter V6 turbo engine and an electric motor, as well as a 10-band ” machine.” The combined output of the system is the same as that of the Tundra: 443 hp. and 790 Nm of torque.

Fuel efficiency is considered an advantage of the new Sequoia: a full-size rear-wheel drive SUV consumes 10.7 liters of fuel per 100 km in the combined cycle. For comparison: the predecessor of the 2007 model spent 15.7 liters of gasoline. The SUV can tow a trailer weighing 4 tons (22% more than the previous generation).

Already in the basic version, the Toyota Sequoia 2023 received Wi-Fi, adaptive cruise control, an electric tailgate, automatic braking and marking control systems. The top version of Capstone received a panoramic roof, 22-inch wheels, a projection on the windshield, all-round cameras, ventilation of the first and second row seats, a third row with electric drive, as well as 120-volt sockets in the cabin and in the luggage compartment.

The car is offered in the US at a price of 59.8 thousand to 79.8 thousand dollars for the top all-wheel drive Toyota Sequoia Capstone 4×4.