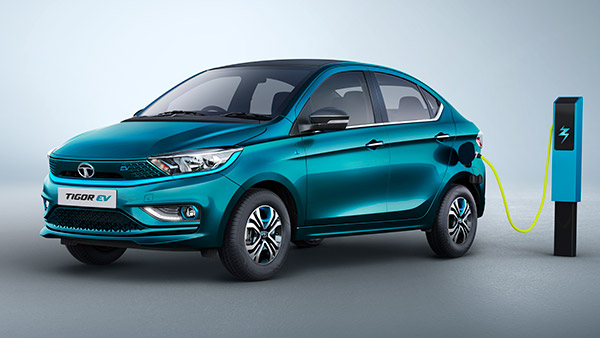 Lack of awareness among people about electric vehicles and lack of charging stations are some of the things that make potential buyers of electric vehicles rethink. However, the situation seems to be improving as state governments are offering incentives to EV manufacturers as well as buyers. At present more than 13 states have notified electric vehicle policies.

Among the 13 states that have notified EV policies, Delhi, Maharashtra and Gujarat are providing strong purchase incentives. It may be noted that with the states topping the FAME II incentives of the Government of India, the upfront cost of electric vehicles in these states has been reduced by 50 to 65 percent and brought them at par with conventional petrol-diesel engine vehicles. Is. Let’s take a look at some of the state governments’ electric vehicle policies and know how they affect the consumer and seller-

If you are buying an electric two-wheeler in Maharashtra that has a battery pack of 3 kWh, you can avail a maximum subsidy of Rs 10,000. But, if you buy it before December 31 this year, you get an early bird discount of Rs 5000 per kWh.

Not only this, if you scrap your old petrol two-wheeler, the state government will also give a subsidy of up to Rs.7,000 on the purchase of your new electric two-wheeler. In addition to the above financial incentives, Maharashtra is the first state to provide an incentive for automobile companies to offer 5-year battery warranties to customers.

The highest subsidy of Rs 10,000/kWh is being given in Gujarat. The maximum subsidy is Rs 20,000 for electric two-wheelers, Rs 50,000 for electric three-wheelers and Rs 1.5 lakh on electric cars. The state has also announced waiver of registration fee which is barely a few hundred rupees but unlike the Maharashtra government it has not waived off road tax which can be 6 per cent of the cost of the vehicle.

The Delhi government is in the process of making minor changes to its EV policy, which was launched in 2020. This could include a guideline for an electric bike taxi scheme similar to that of Karnataka. The Delhi EV Policy was launched in August 2020 with a three-year roadmap. The EV policy of the Delhi Government is one of the most comprehensive EV policies in the country.

Under its EV policy, the Delhi government provides a subsidy of Rs 5,000/kWh on electric two-wheelers, subject to a maximum limit of Rs 30,000. Currently all electric scooters in India have a battery capacity of 2-3 kWh, which means the maximum subsidy you can get would be Rs 15,000. The state also provides subsidy of up to Rs 30,000 on electric three-wheelers and up to Rs 1.5 lakh on electric cars.

Like Maharashtra, the Delhi government also provides you a rebate of Rs 5,000-7,000 on scrapping of an old vehicle, rebate of road tax and registration fee of electric vehicles.

If you buy an electric vehicle in Karnataka, you will be eligible for a subsidy under the FAME-II scheme of the central government, which can be 15000/kWh, but provided by the government of Karnataka, the state governments of Gujarat, Maharashtra or Delhi. does not offer subsidies. The Karnataka government has recently launched the Electric Bike Taxi scheme, allowing aggregators like Rapido, Ola, Uber to register as e-bike taxi operators.

These taxis will be allowed to run for 10 kms and this may give a boost to electric vehicles in the last mile mobility segment. Karnataka was the first state to introduce an electric vehicle policy in 2017. The state recently changed its policy to give 15% capital subsidy to investors in the electric vehicle sector. It has also been decided to replace 50% of state government vehicles with electric in the next 2-3 years.

Telangana launched its electric vehicle policy in 2020. The state government offers 100% exemption from road tax and registration on all categories of electric vehicles, but does not currently offer subsidies offered by Maharashtra, Delhi and Gujarat. However, the state offers some strong supply side incentives such as capital investment subsidy of up to Rs 30 crore, SGST reimbursement up to Rs 5 crore per annum, electricity duty waiver up to Rs 5 crore and interest subvention up to Rs 5 crore.

The Telangana government officials are currently studying the restructured FAME scheme and other state government policies and may announce some changes in their policy introduced in 2020.

The Odisha government announced a 15 percent subsidy on the purchase of Electric Vehicles (EVs). The subsidy for two-wheelers will be 15 per cent of the cost of the vehicle, with a maximum amount of Rs 5,000, Rs 10,000 for three wheelers and Rs 50,000 for four wheelers. The subsidy amount will be deposited in the bank accounts of the beneficiaries. This scheme will be available till December 31, 2025.