Huge discounts and Offers on Maruti’s cars, offers such that the heart will be able to grab 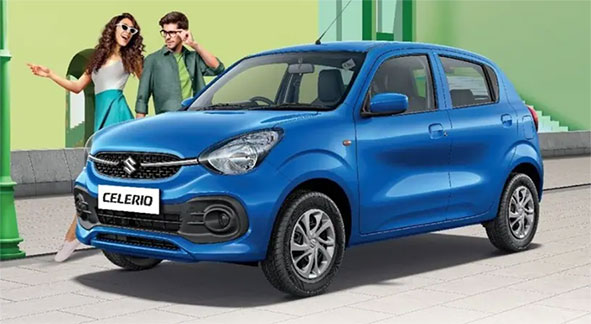 New Delhi : Maruti Suzuki has given offers up to Rs 41,000 on all the cars in the Arena line-up in March 2022. These offers include cash discounts, corporate benefits and exchange offers. Let us tell you that the company has given all these offers on petrol-powered cars, no benefit has been given to the customers on CNG models. The cars on which the company has given discounts include WagonR, Alto, S-Presso, Eeco, Swift, Dzire, Celerio and Vitara Brezza.

It has been one of the best selling cars of the company for a long time and Maruti Suzuki has been selling this affordable hatchback for almost 20 years. Customers can avail benefits up to Rs 31,000 on this value for money car, while the base STD variant of Alto is getting benefits up to Rs 11,000.

Maruti Suzuki Swift, one of the favorite cars of the customers, comes with a lot of features and according to its price, it is a value for money hatchback. The company has given total offers up to Rs 27,000 on this car, while its AMT variant has been made available with discounts up to Rs 17,000.

The pride of the taxi quota Maruti Suzuki Dzire is well-liked in the private space as well. This is also included in the best selling cars of the company. Maruti Suzuki has given a total discount of up to Rs 27,000 on this sedan, which is being given on the manual variant. The AMT variant of the car has been made available with a total benefit of up to Rs 17,000.

Maruti Suzuki has recently launched the new generation of Celerio in the Indian market, which has been completely changed compared to the previous model. It has been just 2 months since its sale started and now the company has given offers up to Rs 26,000 on this car. These discounts are being given on all variants which includes AMT.

Maruti Suzuki is all set to launch the all-new 2022 Vitara Brezza in the market very soon and before that to clear the stock, the company has given a total discount of up to Rs 22,000 on it. This is also a value for money SUV of the company and its sales are also good.