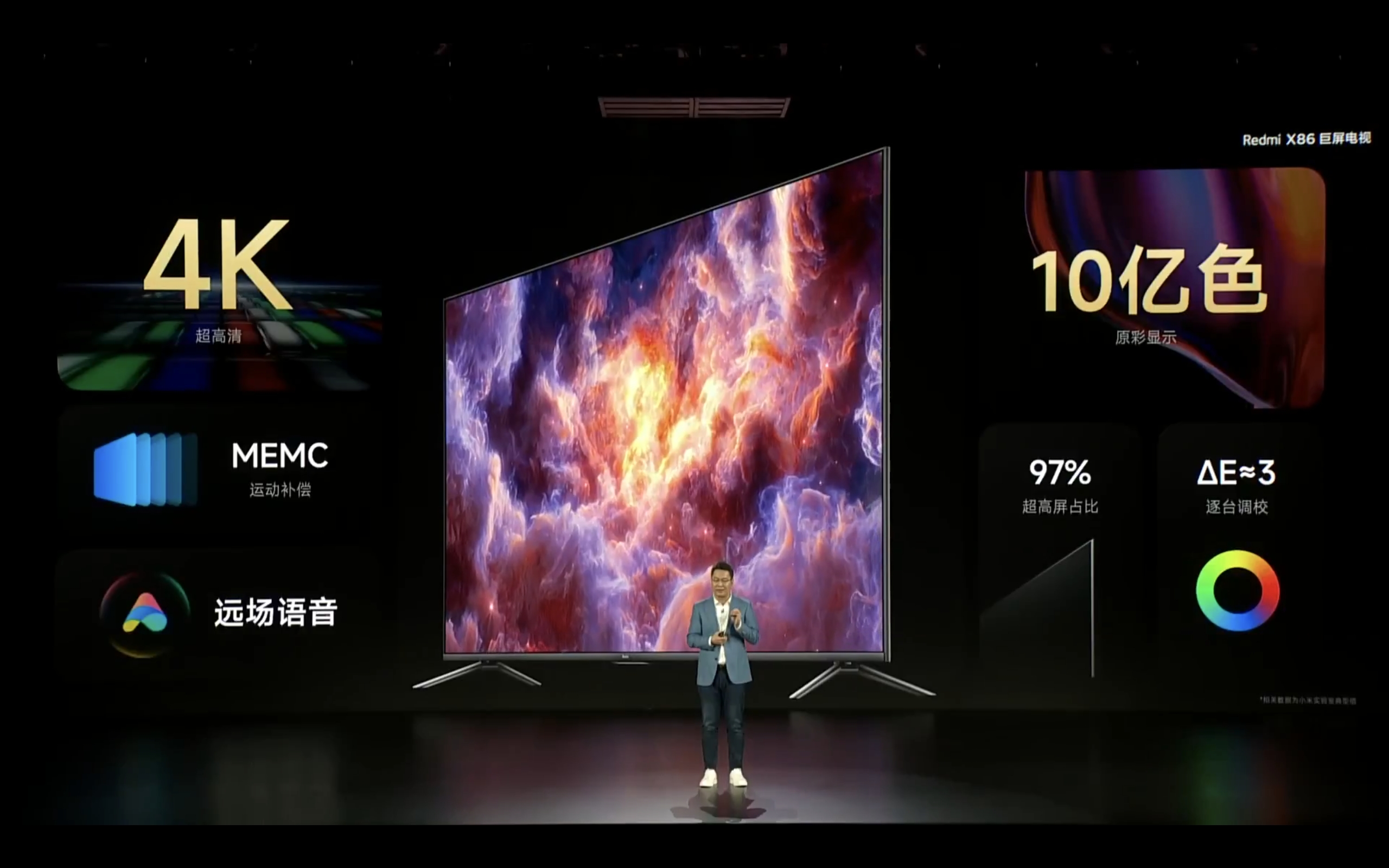 Just five days ago Redmi has a line of TVs Redmi XT Gaming TV, and now another novelty: today the company officially introduced the large 86-inch TV Redmi TV X86. During the announcement, it was emphasized that it is included in 99.9% of Chinese elevators, so bringing such a TV home will not be too problematic.

Redmi TV X86 is a fairly simple model: the frame rate is the standard 60 Hz, and there is no need for an HDMI 2.1 port. But there is USB 3.0. The display supports MEMC technology, and the DeltaE value does not exceed three units. The TV received two speakers with a power of 10 W each, a quad-core processor, two HDMI 2.0 ports. They ask for the device only 690 dollars.

Together with Redmi TV X86, the company announced a price reduction for the giant 98-inch Redmi Max 98: during the sales season that is already starting in China, this giant will be available for $2215 instead of $2770.