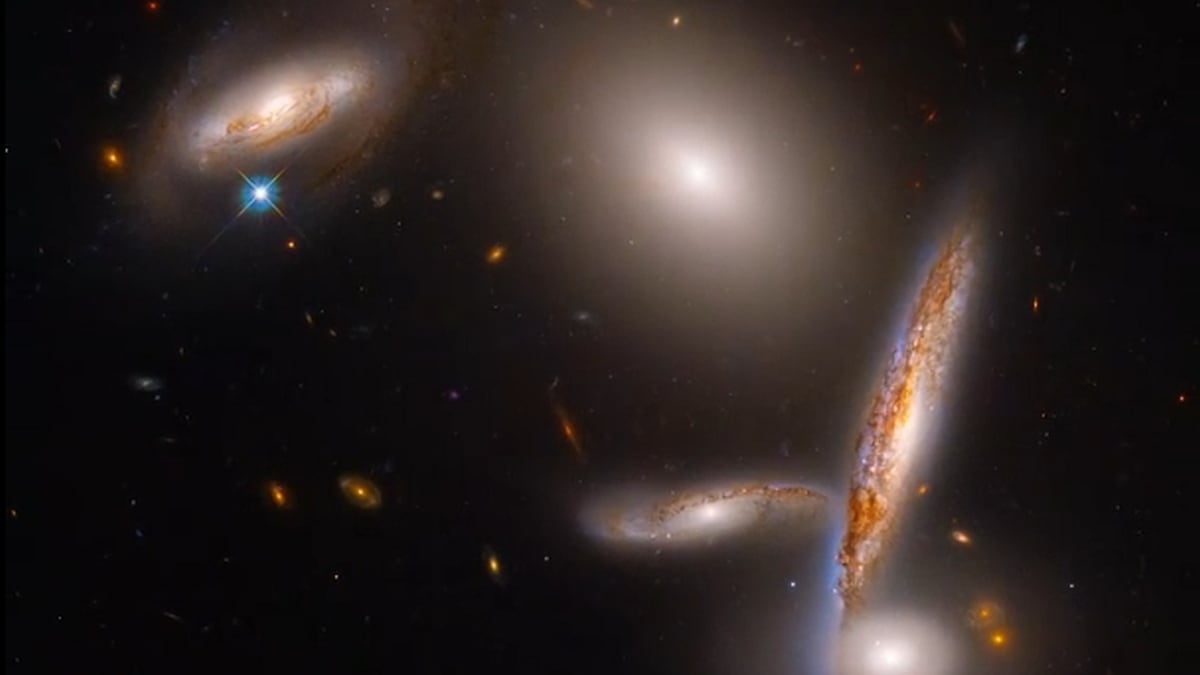 The Hubble Space Telescope has completed 32 years in space and the US space agency NASA is celebrating it. Through a single image, NASA has shown five galaxies of deep space. This view is excellent. Remember that the Hubble Space Telescope was launched on 24 April 1990. It was deployed the very next day. This week is the 32nd birthday of this telescope. Hubble started its service on 20 May 1990.

The image shared by NASA is a group of galaxies named Hickson Compact Group 40. The group also includes a massive and elliptical galaxy that glows with billions of stars, three spiral galaxies, and a lenticular (lens-like) galaxy. This image is part of a video in which Dr. Jennifer Wiseman, Senior Project Scientist at Hubble, explains about this image and the importance of the telescope.

In the video, Wiseman explained that the galaxies in the Hickson Compact Group 40 are held together in a gravitational dance. It is a congested group, that is, there are many galaxies present in less space.

The scientist said that these galaxies are still separate, but eventually ‘in about 1 billion years’ they will collide and merge and a giant elliptical galaxy will take their place. He told that all this has been detected because of the Hubble Telescope, whose pictures have enabled scientists to see billions of light years away.

Scientists have used the Hubble Telescope to observe some of the most distant celestial objects and events. Over 30 years of work, Hubble has been upgraded from five astronaut servicing missions. This greatly increased Hubble’s capability. However, the truth is that Hubble is aging and it will be out of service in the next few days. Hubble’s biggest advantage is its range. This telescope has captured the distant space and brought it to the world. According to NASA, Hubble has made more than 1.5 million observations in its lifetime. It is a joint project of the US and the European Space Agency.