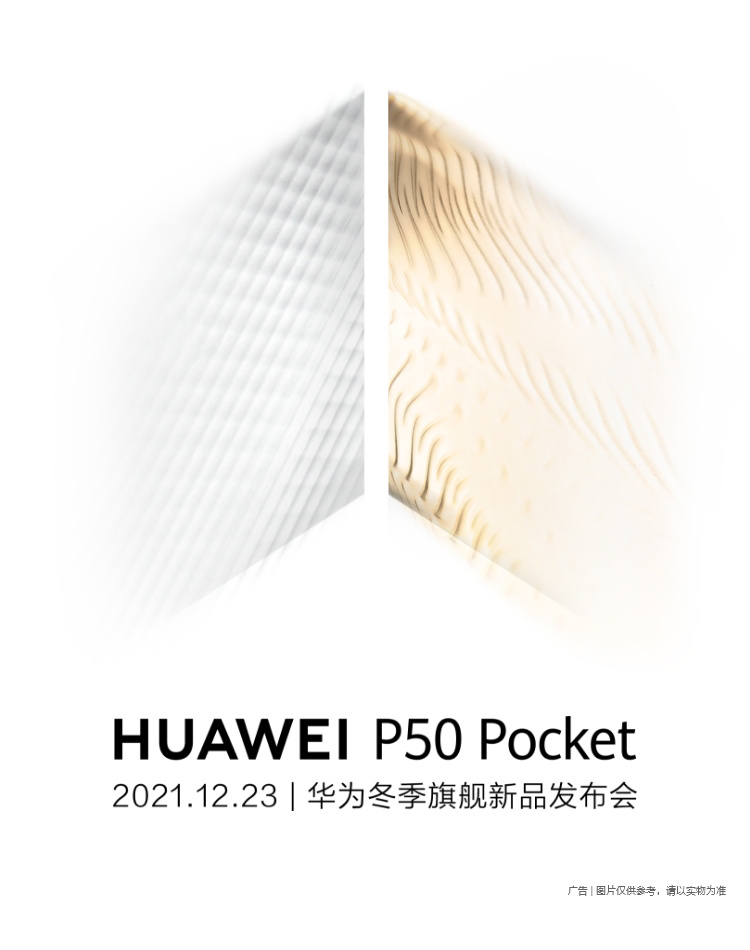 Insiders who assured that an official Huawei event will take place on December 23, during which the company will present a lot of new products, turned out to be right. The company today confirmed this date and named two devices that will debut that day. In fact, two new products were announced today.

These new items are the Huawei Watch D smartwatch, which allows you to measure blood pressure and record an ECG. We wrote about them in detail yesterday, and today the official teaser has been published.

Huawei P50 Pocket also received its own teaser, but the smartphone itself is not shown on it. Previously, this model appeared in leaks under the designation Mate V, but the commercial name will still be different. The Huawei P50 Pocket will compete with the Samsung Glaxy Z Flip3. Both it and the smartwatch in China can already be ordered on the JD.com website, although prices and sales start dates will only be announced on December 23rd.