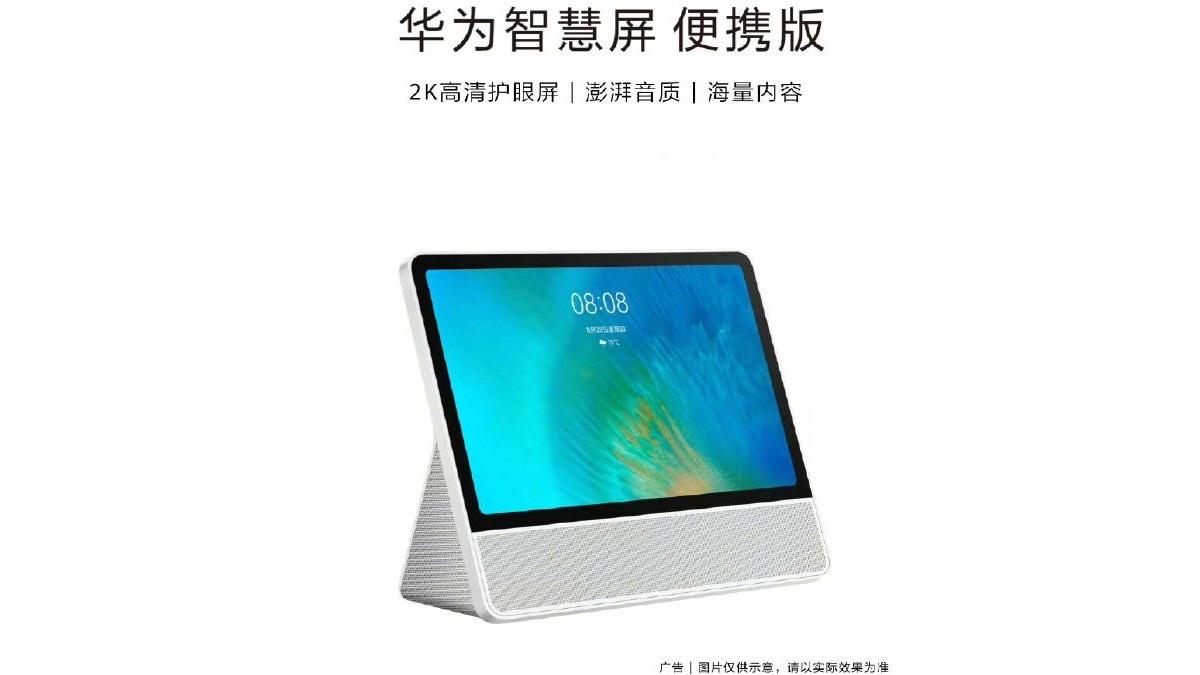 Huawei has introduced this display in China. The device has also been uploaded on the company’s official handle on China’s social media site Weibo. Post has been done. The pre-orders for this will start from October 20 and the device will be officially launched on October 31. No disclosure has been made about its price yet.

Vision Smart Screen Portable Version carries a large screen of 10.4 inch size. A large speaker has been given in its bottom, on top of which the screen is placed. The device is designed in such a way that its speaker acts as its stand in a triangular shape at the base. It has a 10,995 mAh battery which means that it can be used for a long time. Along with high resolution, eye protection has also been given in it.

The display device also receives TUV Rheinland Low Blue Light certification. Sensing the ambient lighting, it automatically adjusts the screen brightness. It also has an 8 megapixel camera on the top right side. The camera is of high definition, with the help of which video calls can also be made on it. It has a 5 unit sound system. That is, it can do the work of entertainment very well.

Huawei Vision Smart Screen Portable Version has 4 GB RAM and 64 GB storage. Being portable, it can be easily carried from one place to another. The company has currently launched it in China. When it will be launched in other markets, it has not been informed yet.