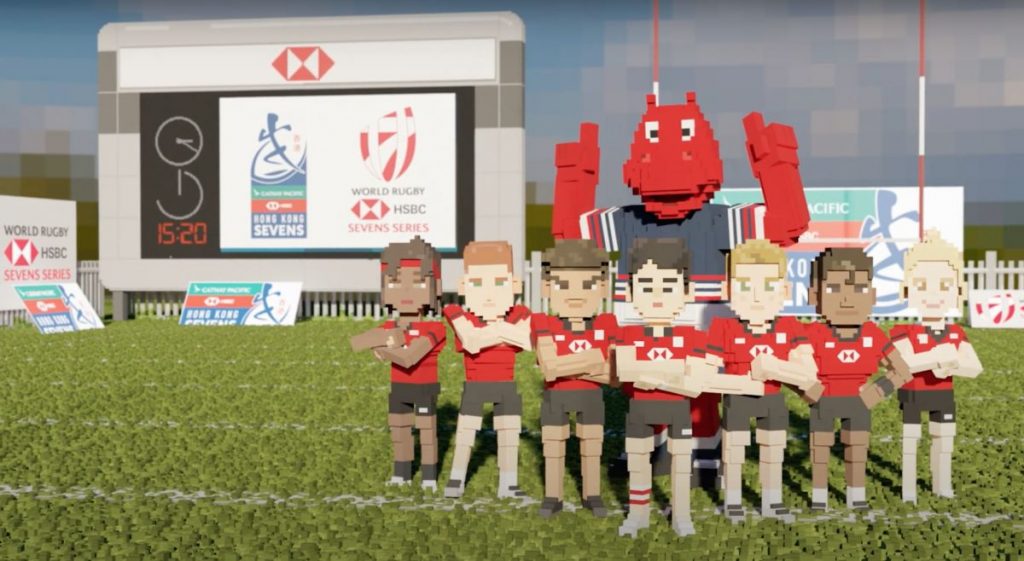 Once one of the largest international providers of banking and financial services HSBC purchased a piece of land in the metaverse of The Sandbox, the company decided to use part of the space to “build” a virtual rugby stadium.

The result of this work was the announcement of a virtual rugby tournament in the metaverse. The project was implemented in partnership with the Hong Kong company Index Game.

The companies will present an “immersive gaming experience” called The Hong Kong Sevens in honor of the Cathay Pacific/HSBC Hong Kong Sevens 2022 championship, which will be held in Hong Kong from November 4 to 6. This will be a series of quests that will immerse players in the world of rugby.

“The Metaverse is how people will experience Web3, the next generation internet, using immersive technologies such as augmented reality, virtual reality and augmented reality. We see great potential at HSBC to create new experiences through new platforms that open up a world of opportunity for our current and future customers and the communities we serve,” said HSBC Asia Pacific Marketing Director Suresh Balaji.

The Sandbox is a virtual world based on the Ethereum blockchain using play-to-earn game mechanics and combining blockchain technology, DeFi and NFT in a 3D metaverse. The project was launched by the game developer Pixowl. The virtual world allows players to create their own games and digital assets using free tools. The created virtual goods can then be monetized as NFTs and sold for SAND tokens on The Sandbox Marketplace.

The SAND token is the native token of The Sandbox. It is used to conduct all transactions and in-game interactions. SAND can be obtained by playing The Sandbox and participating in contests, as well as by purchasing on cryptocurrency exchanges such as Binance.