How to “convert” a Radeon RX 6600 to a Radeon RX 6800 for free? AMD RSR technology due before the end of the quarter 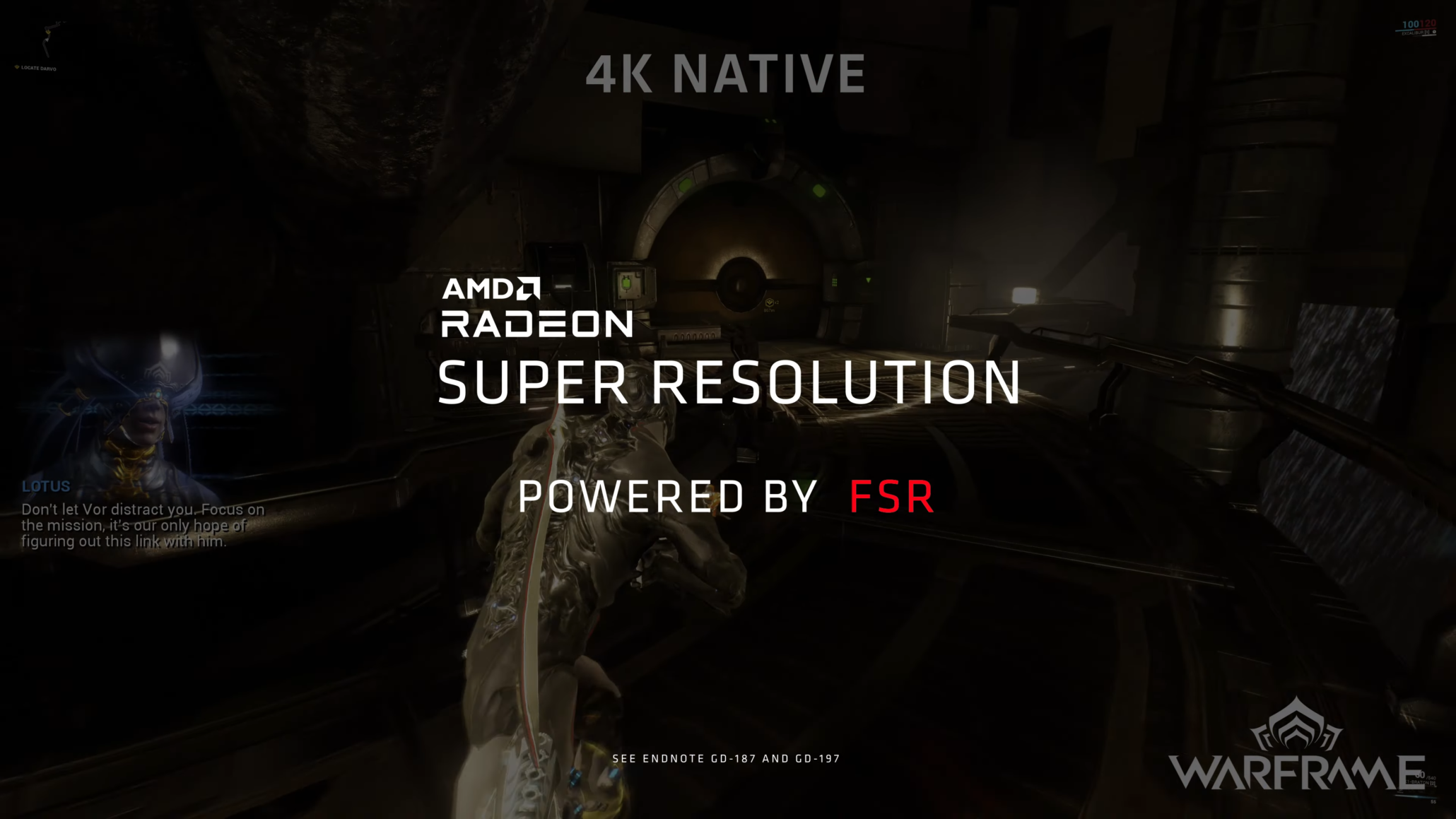 At CES 2022, AMD introduced Radeon Super Resolution (RSR) technology, which we learned about back in December… Now we have new details.

Recall that RSR is an analogue of AMD’s FSR technology, only the latter requires separate integration into a specific game, and RSR is simply activated in the driver and will work conditionally in any modern game. AMD is not talking about any limits, claiming thousands of games.

Now AMD has published a fresh video from which we can learn a couple of new nuances. First, the first driver with RSR will be released before the end of the quarter, that is, before the end of March. Secondly, in this particular video, we are shown an incredible 70% performance increase in the Warframe game, but as we know, the result can differ from game to game and strongly depends on the selected quality mode. Probably a 70% increase can be obtained at the lowest quality, which can also be useful to many users in certain game genres. For example, with a performance increase of 70%, the relatively inexpensive Radeon RX 6600 becomes on a par with the Radeon RX 6800.

For now, AMD says RSR will only be supported on the Radeon RX 5000 and RX 6000 graphics cards, but we’ve already seen the company’s technology where the stated limitations didn’t work. So maybe RSR will be available on older adapters as well, which would be a great help for many gamers in these times of scarcity and overpriced graphics cards.