How much radiation does a smartphone actually emit?

There are widespread allegations on the Internet about radiation emitted by smartphones and health risks from frequent use of mobile devices. Let’s figure out which of the information disseminated by numerous sources can be considered myths and assumptions, and which can be attributed to scientifically based facts.

To begin with, gadgets do not emit radiation at all, their radiation is classified as non-ionizing.

The World Health Organization declared “no evidence” of the harmful effects of EM radiation from mobile devices on the user’s health, but, just in case, suggested introducing “proactive norms” because of the “potential danger.” The first and only proactive norm was the introduction of the SAR absorption rate, which characterizes the radiation level of gadgets.

There was no consensus on which absorption rate should be considered safe. The options are:

To check the radiation level of your device, enter in the search box “BfS SAR” and the first link will take you to the database of the Federal Office for Radiation Protection of the Federal Republic of Germany, where SAR is indicated for all smartphones, except for NoName. The lower this indicator, the lower the level of EM radiation. 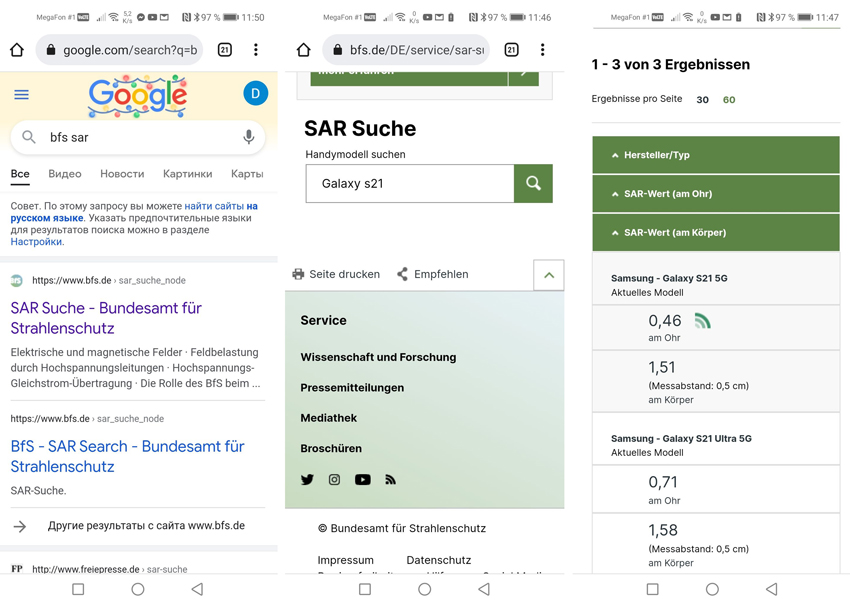 It is impossible not to mention another myth: smartphones cause brain cancer. Scientists from the Swiss Institute of Health and the University of Bristol argue that there is no connection between mobile devices and cancer. It is quite simple to check this fact by mathematical methods. It is enough to take the statistics of changes (by years):

European statistics over the past two decades confirm the words of scientists from the Swiss Institute and the University of Bristol.

The word “concerns” is even used in official regulatory documents, including government agencies in Germany and the US FCC. The explanation is simple: at the level of fundamental science, the harm of electromagnetic radiation from gadgets has not been proven.

The research that the yellow press likes to refer to is predominantly retrospective and based on the memories of patients. As practice shows, in such conditions, a significant part of the respondents “fit” their own memories to the common myths.

Real harm to the health of users

It has been convincingly proven that “smartphone addiction” harms the mental health and social interaction of adolescents, but this has nothing to do with the electromagnetic radiation of gadgets. There is also a study by the Swiss Institute of Health, according to the results of which it can be argued that frequent use of smartphones negatively affects memory, especially the memorization of abstract images. The research is based on the study of the telephone habits of 700 adolescents aged 12-18.