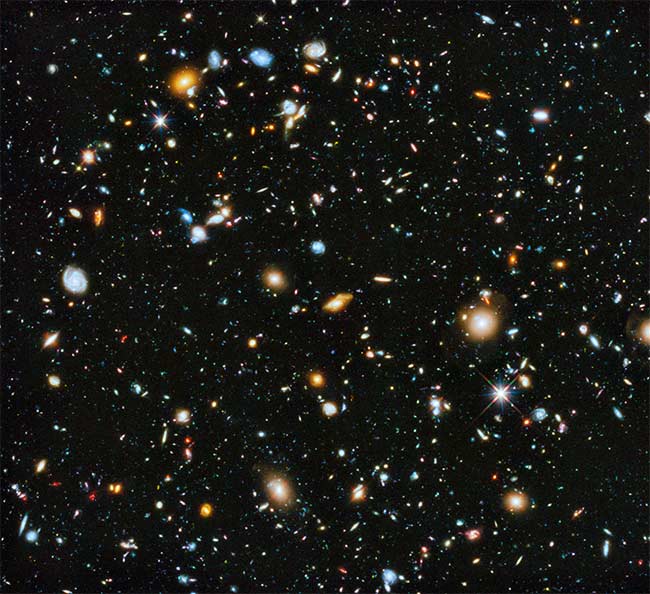 Small or dwarf galaxies play an important role in the formation of our universe. A group of Indian astronomers has provided an important link to draw a larger blueprint for the growth of these galaxies. Using India’s first space observatory Astrosat, astrophysicists from IUCAA Pune and their colleagues in the US and France have described how star-forming material on the outskirts of dwarf galaxies migrates to the galaxy’s central region. Huh. She contributes to his development by her mass and brilliance.

of Deccan Herald Report In the last two decades, with the help of high-quality telescopes, scientists have been able to understand our galaxy, the Milky Way, and other large galaxies closely. Scientists have known that giant galaxies are surrounded by many dwarf galaxies.

Dwarf galaxies have an irregular shape. They make stars. Their mass may be less than 50 times that of our galaxy. How dwarf and large galaxies collect their stars and develop themselves is still an enigma. Scientists seem to have solved this riddle in the case of dwarf galaxies.

IUCAA scientist Kanak Saha, his PhD student Anshuman Borgohain and colleagues in Paris and elsewhere decided to examine 17 hours of observational data captured by AstroSat’s Ultraviolet Imaging Telescope. The team of researchers observed 11 blue dwarf galaxies that lie between 1.3 and 2.8 billion light-years from Earth. The main challenge before the scientists was to find those star-forming clusters, which were very distant, but contained material as much as a million solar masses. Scientists have understood that those ‘clusters’ that make up massive stars form on a periphery and then join the Milky Way within a specific time, from which the Milky Way is developed.

Kanak Saha said in a conversation with Deccan Herald that we have found evidence that these dwarf galaxies are accumulating matter from outside. They have observed the ‘live’ formation of these distant dwarf galaxies. These findings were published in Nature magazine last week.