How chips became the oil of the digital age 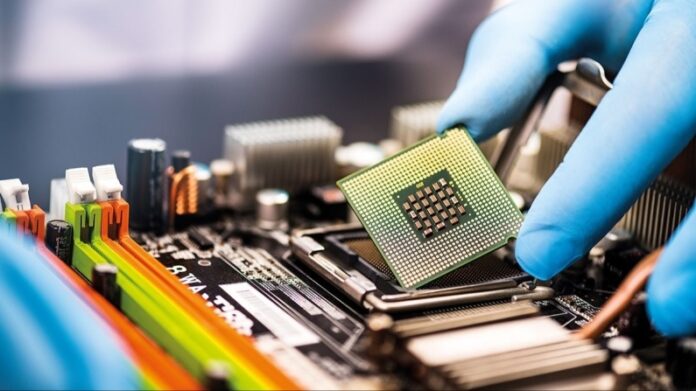 Chips, which have become the oil of the digital age, hit the automotive industry in the pandemic

If you’re struggling to buy a Sony PS5, the culprit is probably the global semiconductor shortage. The lack of small chips is slowing down large industries. Some automobile factories in Turkey had to suspend production due to chip shortages. We take a look at how chips have become the “oil of the digital age” and the geopolitical challenges surrounding its supply.

GI nudes our chips were invented about 60 years ago, the computer has become the most important and expensive component of modern appliances to automobiles. Chips, which are of great importance in all areas of technology from wearable technology products to in-vehicle electronic systems, took the leading role in the global crisis, starting from the automotive industry with the impact of the Covid-19 epidemic. It is stated that the chip crisis may cause disruptions in production in various fields, including smartphone production, if the current conditions do not change positively. The chip crisis, which negatively affected the production of various companies in the world, especially automotive companies, caused the production of automotive companies producing in Turkey to be disrupted.

AUTOMOTIVE GIANTS ARE IN CRISIS

Haydar Yenigün, Chairman of the Automotive Industry Association (OSD), regarding the chip crisis; “The pandemic has affected the automotive industry, especially in terms of the supply chain, as it has affected the whole world. With the restrictions in social life, the serious increase in demand in consumer electronics and the increase in the demand for microchips globally, with the demand forecasts of the automotive industry exceeding expectations, caused a bottleneck in the supply process,” he says. Stating that natural disasters in the locations where the chip manufacturers are located also hinder the chip production, Yenigün said, “The drought in Taiwan, the cold weather conditions in the USA and the earthquake in Japan caused the crisis to worsen. The number of vehicles that could not be produced so far is 1.38 million. when calculating;

Stating that there is a microchip supply problem in Turkey as well as in the rest of the world, Yenigün said, “Factory stops and production tempo decreases have become inevitable. However, we can say that this process is managed much more successfully in our country compared to the rest of the world. Due to the sensitivity of competition and parameters specific to different product ranges, the industry in general. “It will not be right to make a clear comment on the issue. However, we expect the impact of the chip crisis to decrease gradually in the second half of the year.”

Albert Saydam, President of the Vehicle Supply Manufacturers Association (TAYSAD), says that according to the survey results of 160 companies operating in the automotive supply industry, the biggest problem faced by Turkish suppliers in 2021 is high input prices. Saydam states that 30 percent of the supply industry companies have a decrease in their production due to the chip problem experienced by their customers. However, 59 percent of the supply industrialists using chips in their production attributed the chip crisis to the delay in the delivery time, while 23 percent could not supply, 18 percent. The pandemic, which affected the whole world, also caused breaks in the supply chain.

THE CHIP CRISIS WILL CONTINUE FOR A TIME MORE

Emphasizing that the problem is not only the chip, Saydam continues: “There are problems in supply and it seems that these problems will continue for a while. It is necessary to sit at a table to solve the chip crisis. Because unfortunately, a capacity increase is not possible in the short term. The problem is only the chip. “Before the pandemic, there are breaks in the properly functioning world trade and automotive supply chain. The absence of chips, containers, the increase in raw materials such as steel and sheet metal, and the supply problem are issues that affect production. The solution to these problems is directly proportional to the end of the pandemic.”