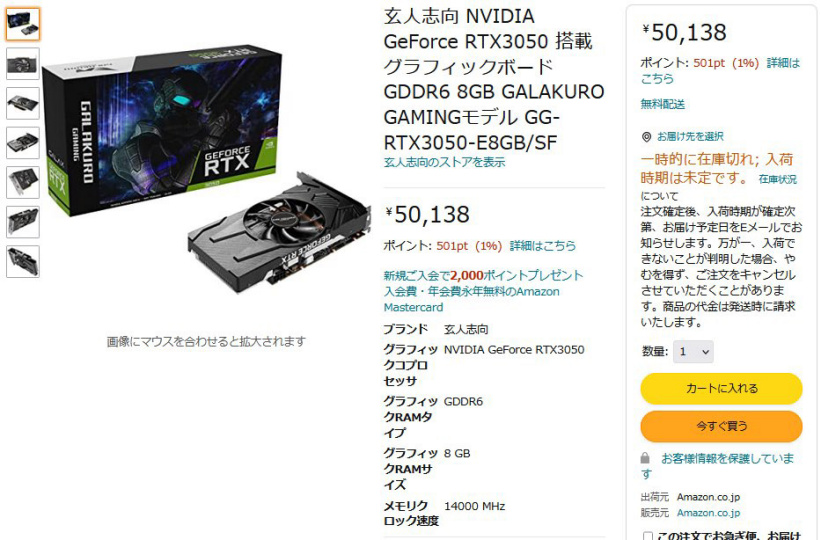 Nvidia’s most affordable Ampere graphics card, the GeForce RTX 3050, will officially launch on January 27th, but one retailer has already sold the first batch in Japan. It’s hard to say how many video cards were sold through the local Amazon site, but they were sold out pretty quickly – in a few hours. And you can also admire the price. It amounted to $440, which is 76% more than the official price ($250). Recall that in Russia the novelty is officially priced at 25,000 rubles. How much will it actually cost in retail?

We can say that Japan has high taxes, and therefore the price is too high, and in other countries the novelty will be cheaper. But the reality is that the whole world lives in a shortage of graphics cards, and Japan is no exception: the prices for 3D cards in this country roughly correspond to the general picture. In addition, you need to take into account that for $ 440 they sold a very simple version of the GeForce RTX 3050 manufactured by Galax (the full model designation is GALAKURO Gaming GG-RTX3050-E8GB / SF).

Previously, there was information on the web that Nvidia will prepare a fairly large stock of GeForce RTX 3050 before the start of sales, only the example of Japan indicates that the real prices, even despite this, will still be much higher than the official ones.