HOP OXO electric motorcycle with a range of 150 km on a single charge launched in India, know the price 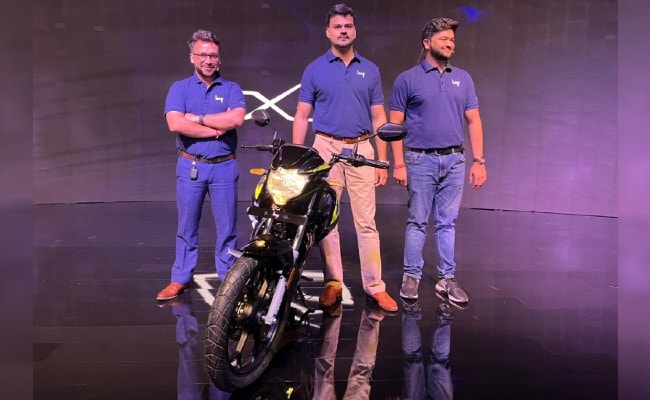 HOP OXO has been launched in the Indian electric two-wheeler market, which claims to offer a tremendous range of 150 km in a single charge. This market is already dominated by the Oben Rorr and Revolt RV400 electric motorcycles and the OXO will also compete directly with these electric bikes. The OXO electric motorcycle comes in two variants. These also get features like geo-fencing, anti-theft system and ride statistics.

The HOP OXO electric motorcycle price in India starts from ₹ 1.2 Lakh (ex-showroom). The Jaipur-based electric mobility company has launched this bike in standard OXO and premium OXO X variants. The e-motorcycle competes directly with the Oben Rorr and Revolt RV400 in the Indian market. However, electric scooters of many brands including TVS, Ola, Ather, Bajaj also come in the same price.

Coming to the specifications, the HOP OXO electric bike is powered by a 6200W peak power generating motor, which is mated to a 72V architecture. Its powertrain generates a peak torque of 200 Nm, thanks to which this electric bike can reach a top speed of 90 kmph. The company claims that the OXO can be accelerated from 0 to 40 kmph in just 4 seconds. It comes equipped with three ride modes – Eco, Power and Sport, along with an additional turbo mode.

Talking about the range, the company claims that this electric bike can cover a distance of 150 km on a full charge. The company says that it can be charged from any 16 amp power socket with its portable smart charger, which charges the battery pack from 0 to 80 percent on average in less than 4 hours.

The bike gets a multi-mode regenerative braking system. It comes with 4G connectivity and a partner mobile application, which is equipped with features like speed control, geo-fencing, anti-theft system, ride statistics, among many other features.