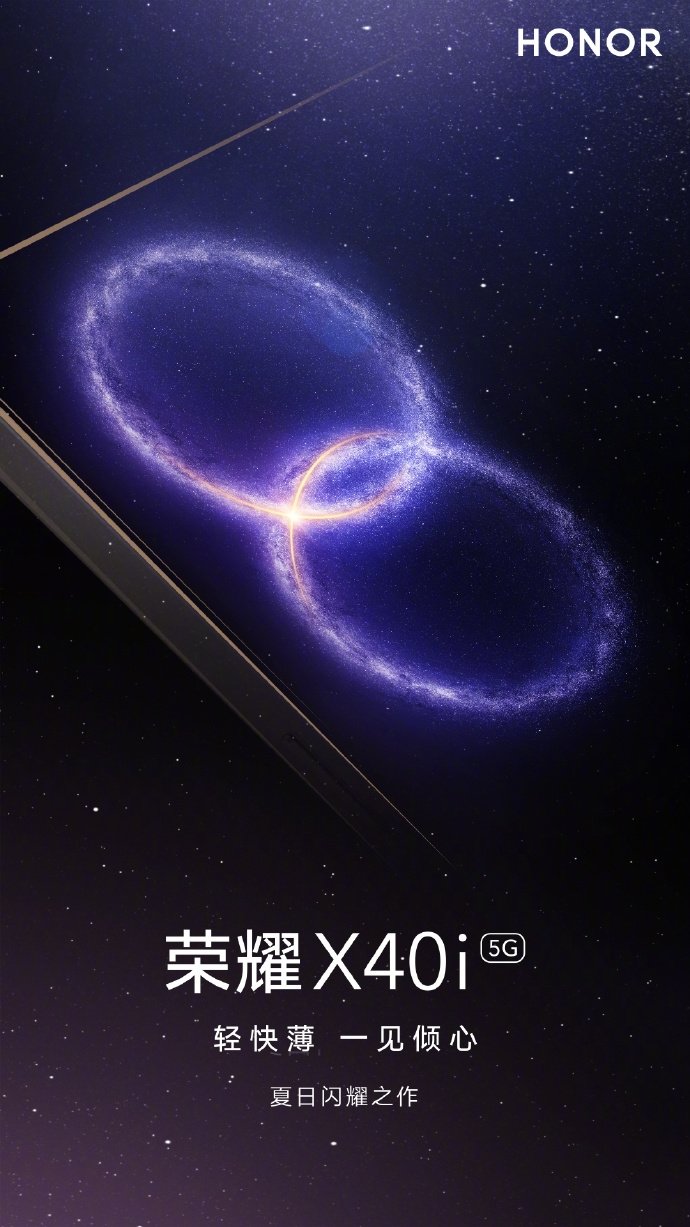 Earlier this month, Jiang Hai Rong, Chief Marketing Officer of Honor, announced that the Honor X40i will be on sale soon and its design will be simply superb.

Today, Honor Mobile released a teaser revealing that the Honor X40i is about to debut and announced that pre-orders will open on July 13th.

Presumably, Honor will hold a conference on the launch of a new smartphone, which will also launch the Honor Tablet 8, Honor Smart Screen X3 smart TV and new laptops.

The price of this device will be about $150.