Honor Magic V is much more powerful than Huawei P50 Pocket: it is the first foldable smartphone to be equipped with SoC Snapdragon 8 Gen 1 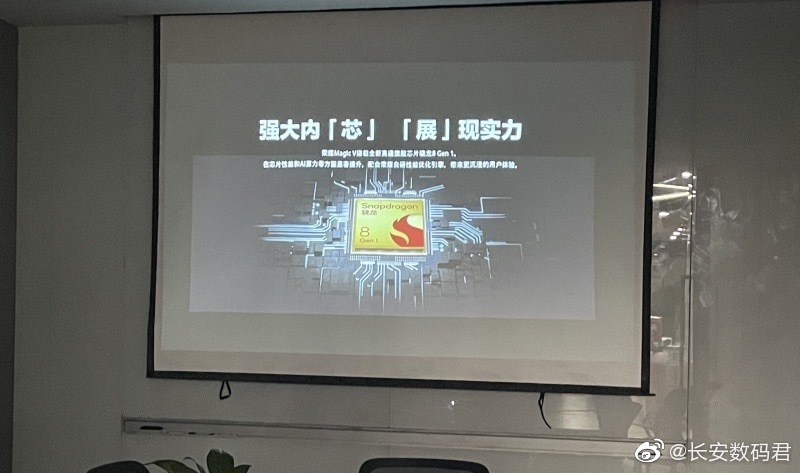 Honor this week confirmed the imminent release of its first foldable smartphone, the Honor Magic V, and now a slide has leaked from an internal presentation confirming that the smartphone is based on the Snapdragon 8 Gen 1 SoC. Huawei P50 Pocket got Snapdragon 888.

In fact, this is not only the first foldable phone from Honor, but also the first foldable smartphone equipped with Snapdragon 8 Gen 1. It is expected that more similar devices from different manufacturers will appear on the market next year.

Earlier it was reported that the phone will receive an 8-inch internal display and a 6.5-inch external display. The screens will be supplied by Chinese companies BOE and Visionox.

Presumably, the Honor Magic V smartphone will be officially unveiled in January.