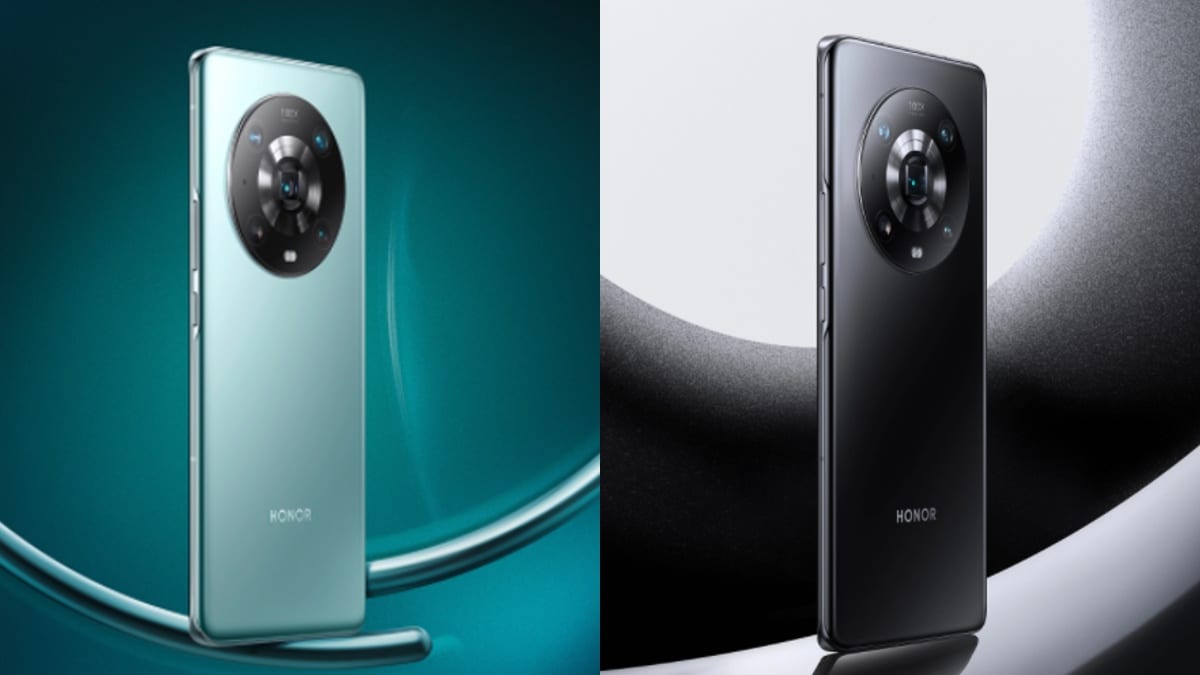 Honor Magic 4 and Honor Magic 4 Pro smartphones were launched globally on Monday at an event during MWC 2022. The Honor Magic 4 series comes with Qualcomm’s flagship chipset Snapdragon 8 Gen 1 and 50-megapixel primary cameras. The smartphones run on AI-enabled Magic UI 6 OS and come with ‘Just Say to Me’ function. The Pro variant gets 100W wired as well as wireless charging, and a second-generation ultrasonic fingerprint sensor for fingerprint unlock.

Honor Magic 4 Pro The price of the 8GB RAM + 256GB storage model starts from EUR 1,099 (approximately Rs 93,000). Standard Honor Magic 4 The price of 8GB RAM + 256GB storage starts from 899 Euros (approximately Rs 76,000). The phones have been introduced in Black, Cyan, Gold, White and a special Orange (Vegan Leather) color option. Honor has not yet released any information about other variants and availability in other markets.

Honor Magic 4 Pro runs on Magic UI 6.0 based on Android 12. It sports a 6.81-inch Flex OLED quad-curved display with 1,213×2,848 pixels resolution with Motion Sync technology, which automatically lowers the refresh rate from a high rate of 120Hz to 1Hz. It comes with 360Hz touch sampling rate, 460ppi pixel density and an advanced HDR effect, which automatically upgrades the video quality from SDR to HDR and from HDR to HDR+. Furthermore, the company claims that this is the first phone to get an LTPO display with 1920Hz pulse-width modulation (PWM) dimming technology.

The phone is powered by Qualcomm Snapdragon 8 Gen 1 chipset, which is paired with Honor’s GPU Turbo X technology to support the industry’s first AI Super Rendering in mobile gaming.

The Honor Magic 4 Pro gets a triple rear camera setup, consisting of a 50-megapixel primary sensor with dTOF (Time of Flight) and Flickr sensor, paired with a 7P lens. In addition, there is a 50-megapixel ultra-wide lens with a 122-degree field-of-view. It can also be used for macro photography. The periscope-style telephoto lens houses a 64-megapixel sensor, which supports 3.5x optical zoom and 100X digital zoom. The lens comes with Optical Image Stabilization (OIS) and EIS features. On the front, there is a 12-megapixel sensor, which is fitted with a lens with 100-degree field of view. Along with this, a 3D depth camera is also available for facial recognition.

The Honor handset comes with a security chip and ‘just say to me’ function, which essentially uses an AI to prevent sound leakage while talking on the phone. Honor Magic 4 Pro has an in-display fingerprint scanner and second generation ultrasonic fingerprint sensor. The phone is IP68 dust and water resistant. It gets a 4,600mAh battery, which supports 100W wired and wireless SuperCharge technology. The company claims that it gets charged up to 50 percent in 15 minutes.

Honor Magic 4 smartphone comes with many specifications of the Pro model. It has similar display features, but the resolution is 1,224 x 2,664 pixels. The smartphone gets the same processor, RAM and storage as the Pro variant.

The Honor Magic 4 packs the same 4,800mAh battery as the Pro, but supports 66W fast charging. This model is also IP68 dust and water resistant. Connectivity options on both phones include dual-band Wi-Fi, 5G, Bluetooth, GPS/ A-GPS, and a USB Type-C port.