Honor 50 vs OnePlus Nord 2: comparison of cameras, autonomy and speed 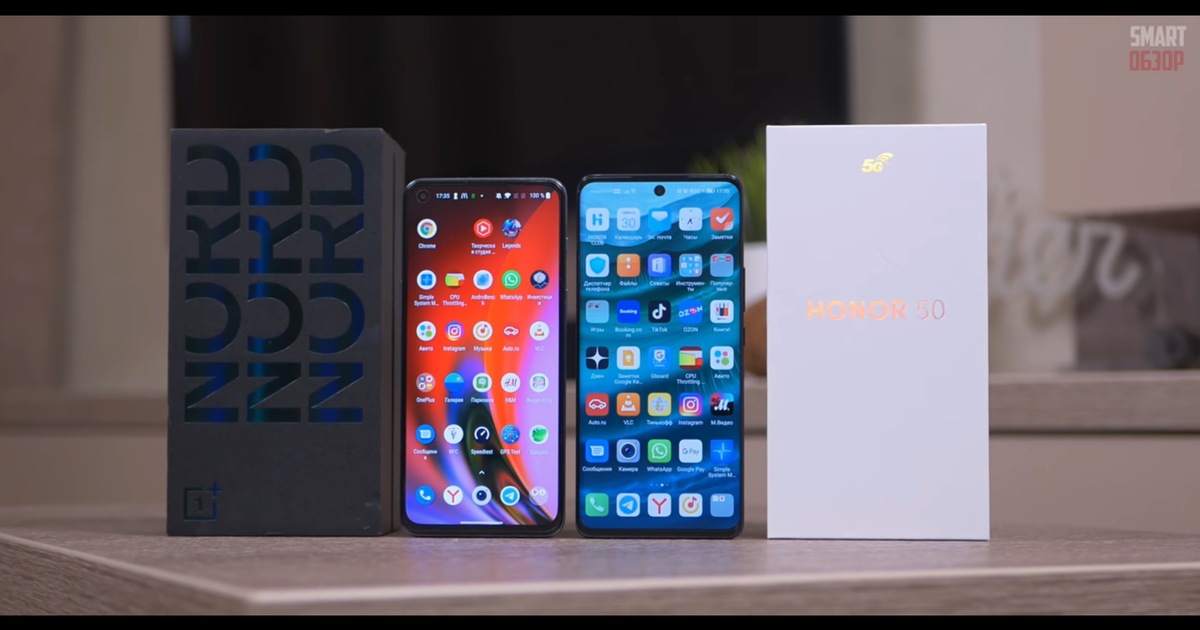 The YouTube channel “SMART REVIEW” has determined which of the two is better: Honor 50 or OnePlus Nord 2.

The host of the channel compared two mobile devices on several parameters. These are Honor 50 and OnePlus Nord 2. They cost about the same.

Smartphones behave very well in games. Although I must say that OnePlus still has an advantage in this regard: for half an hour in Shadowgun Legends at ultra settings, it had no frame drops at all, the average performance remained at 60 fps. The Honor 50, on the other hand, had a noticeable drop in frame rate at times, that is, the FPS was not stable during the game.

From the point of view of the interface, everything works smoothly for both smartphones. True, as the specialist noted, their shells have not been updated for a long time.

At night, OnePlus copes with the photo better than the competitor: both in general and specifically in detail. True, one cannot say that this difference is significant.

Generally speaking, the advantages of OnePlus are stereo sound, a good vibration motor, and performance. From a camera point of view, things are more complicated: the most noticeable differences between OnePlus and Honor are stabilization (in some cases) and the presence of a night mode. The Honor 50 offers a better display, a more stylish and expensive look, and an official warranty.