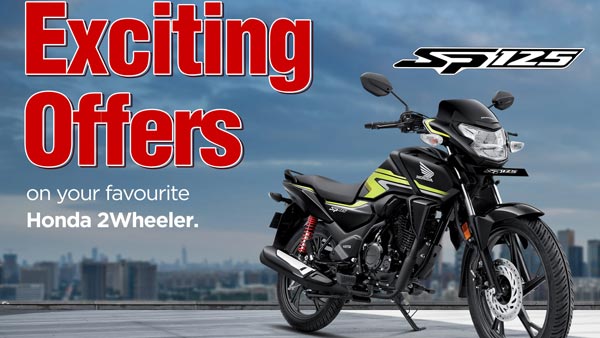 Honda is offering 5 percent discount on the purchase of two-wheelers SP 125, subject to a maximum of Rs 5,000. It is worth noting that the cashback will be given only to such customers who will buy the bike on EMI with select debit and credit cards. A minimum transaction of Rs 30,000 has to be done to avail the offer.

In addition to the above offers, the company is also offering customers an opportunity to avail a personal insurance cover of ₹5 lakh with the purchase of Honda Joy Club loyalty membership. Under the offer, Honda SP 125 can be purchased with a minimum down payment of Rs 5,999.

Honda SP 125 is offered in two variants, Drum and Disc, priced at Rs 74,943 and Rs 79,343 (ex-showroom) respectively. The bike is powered by a 124 cc, single-cylinder, air-cooled engine that makes a maximum power output of 10 bhp along with 11 Nm of peak torque. The bike has been given a 5-speed gearbox.

The SP 125 BS6 model has received a lot of updates. It has been equipped with important features like new refined engine, silent start technology, fuel injection, combi brake system (CBS). The performance and mileage of the bike have improved due to the BS6 engine.