Honda is about to launch a new model of Bigwing, teaser released, know which model it can be 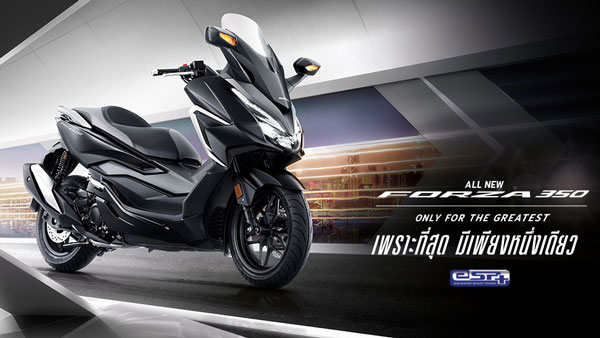 Although the company has not given information about which vehicle this vehicle is going to be. Although no information has been revealed about this new vehicle, it is likely that this new vehicle could be the Honda Forza 350 Maxi Scooter, which is currently being sold in foreign markets.

Let us tell you that the company had brought this scooter to India sometime back in a very limited quantity to show its dealers and all of them were soon bought by the buyers. Due to this positive response from the customers, Honda can officially put its Forza for sale.

The company would also have got an impetus from the recently launched large capacity scooters in India, including the BMW C 400 GT and Keyway’s 300 cc scooter. Another possibility is that this new vehicle from Honda Motorcycles could be one of the models in the global 500cc twin-cylinder line-up.

Currently, the Honda CB500X is the only bike in this line-up on sale in India and even it is a generation older than the model sold overseas. Perhaps Honda may bring the updated CB500X to India, which will be offered with an upgraded front fork and front brake.

There is also a possibility that the company might introduce a new model in the line-up, something the company has expressed interest in in the past. These models could be Honda Rebel 500 Cruiser, Honda CBR500R Sportbike and Honda CB500F Naked.

The Honda Dio Sport offers a sporty and aggressive vibe that comes with a sleek design and the company claims that it attracts unisex customers. The company has priced its deluxe variant at Rs 73,317. To give a more sporty look to the Honda Dio Sports, fighting red rear cushion spring has been given and its deluxe variant has been given sporty alloy wheels.