Honda HR-V teaser released, know when it will be launched 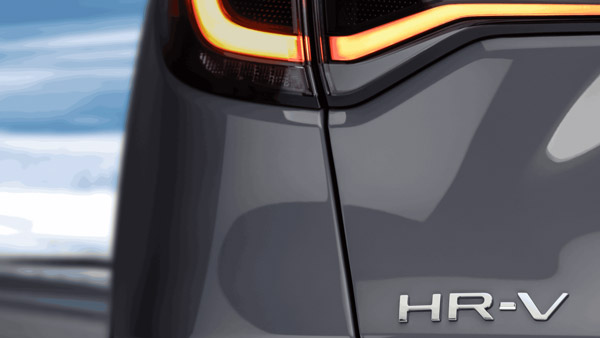 Apart from the teaser picture, Honda has not revealed any information about the upcoming crossover SUV. However, the company had released the sketch of this SUV in January 2022, in which the design information of this SUV was revealed. As per the design sketch, the Honda HR-V gets a new front grille which is completely different from the company’s signature grille. Apart from this, the car has been given a large airdam which has a mesh design grille.

The rear of the crossover SUV gets a coupe-like design with wide wraparound LED taillamps and large bumpers with heavy black cladding. The HR-V gets bigger alloy wheels and underbody cladding. The cabin of the new Honda HR-V is yet to be revealed.

The technical details of the Honda Achar-V are yet to be revealed. The company can share these at the time of launch. According to the information, this crossover SUV could use the 1.5-litre petrol engine of the Civic sedan, which currently powers the American Honda Civic model.

Reports have claimed that Honda’s new HR-V is being prepared for the US market. However, there is little hope that the company will launch it in India as well. In India, Honda has dropped SUV models from its lineup. The company stopped the sale of its only SUV CR-V in India only last year. It is expected that the company may consider bringing the 2022 HR-V to India in view of the increasing demand for compact SUVs in India.